Dan Collins has an interesting post up on the shenanigans going on in the Chicago mayor’s race. As most of you already know, Rahm Emanuel has been certified as a candidate to run — despite not having actually lived in Chicago for a couple of years, renting out his house, and declaring his official residency a condo that he apparently rented sight unseen and has barely seen since.

But the real story, lost in the Rahm entertainment, is about another guy who wanted to be mayor. “Wanted,” as in past tense — he won’t be on the ballot. Tom Hanson, a very wealthy Chicagoan who’s invested a hell of a lot in the city, spending a lot of his own time and money in improving the lot of some of the most disadvantaged Chicagoans, did all the paperwork to run and submitted it to the city.

Which then “lost” a good chunk of it.

No matter. Hanson has a receipt from the city, so he’s fine.

Whoops, my bad. This is Chicago. No paperwork, no ballot listing. As a city election official said, “tough luck.”

This is how things are done in Chicago. The Democratic Machine doesn’t have to steal elections. They rig things well in advance of election day. The people have the right to vote for any candidate they like — as long as it’s one of the candidates that the Machine have allowed on to the ballots.

Rahm Emanuel knows all about this. In 2004, Emanuel — a freshman Congressman seeking re-election — was facing a potentially tough primary opponent in one Mark Fredrickson. Emanuel got Fredrickson tossed off the ballot.

And if that sounds familiar, then you might remember Barack Obama’s first race for public office in 1996. He took on a sitting state senator, and his campaign managed to get her taken off the ballot — leaving him essentially unopposed.

And then, when he ran for the US Senate in 2004, he was facing millionaire businessman Jack Ryan (not to be confused with the Tom Clancy hero). Ryan was divorced from actress Jeri Ryan, and the records were sealed. Obama’s staffers urged reporters to dig into the records, and eventually they were unsealed — and the unsavory details were enough to get Ryan to withdraw from the race.

And let’s not forget the move during the 2008 campaign (aborted, but still pushed) to challenge John McCain’s Constitutional eligibility to serve as president, due to the circumstances of his birth (in the Panama Canal zone while his father was stationed there by the Navy). Part of that was a bit of payback for the “birther” movement against Obama, but it was still fully congruent with the Chicago Way.

What’s going on with Emanuel in Chicago isn’t an election, it’s an attempt by the Chicago Machine to keep the mayor’s seat in their hands. And it’s part and parcel with how Obama himself has built his political career.

Never let that be forgotten. Barack Obama is a creature of the Chicago Democratic Machine, and has never once stood up to the rank corruption and sheer cupidity that embodies it. He has never once challenged it, stood up to it, or even openly chosen to stand against its most venal acts. He has no problem with it, unless and until it threatens him in some way — and at that point, he will regretfully distance himself from the scandal and insist that he was shocked, shocked that such things were going on. 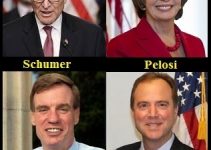