So opines Deneen Borelli of the Project 21 black leadership network:

As winter weather already grips portions of the United States, the need for cheap and efficient power for heat and light is essential. Deneen Borelli, a fellow with the Project 21 black leadership network, points out that the Obama Administration’s continued war on fossil fuels that is making the guarantee of a comfortable winter increasingly bleak for the nation’s poorest citizens.

“With millions of Americans unemployed and struggling to keep their homes warm, the need for government assistance will only increase. Heavy demand and higher prices due to the Obama Administration’s assault on the fossil fuels we rely upon are going to stretch charities to their limits and beyond,” noted Project 21’s Borelli. “It’s disgraceful that the first black president and the first black EPA administrator are advancing policies that will preferentially harm blacks who overwhelmingly supported Obama.”

In a speech in late November to the Aspen Institute, EPA administrator Lisa Jackson demonized the private sector and strongly defended the Obama Administration’s decision to regulate “greenhouse gas” emissions without having specific Congressional authority to regulate these emissions.

“By having the EPA regulate carbon emissions, Lisa Jackson is laying the foundation for the 2010 version of bread lines by supporting efforts that will raise energy costs,” noted Project 21’s Borelli. “It’s outrageous that Jackson’s policies will drive many low-income citizens to the government plantation.”

Of course, there are those who would say that driving citizens to the government plantation is the goal of this administration.  After all, their war on fossil fuels is wide-spread.  Look no further than the recent decision to stop oil exploration off the Atlantic coast and the eastern portion of the Gulf of Mexico, a decision that has put hundreds of thousands of jobs in peril and yet a decision The New York Times has deemed to unquestionably be the right one.   Yesterday in email, I received the following in reaction to that Times piece and I thought it more than worthy of sharing:

In an editorial yesterday, the NY Times claims the oil and gas industry hasn’t learned its lesson post-BP oil spill. Well, all the editors have learned is to accept the Obama administration’s anti-energy policies at face value. Here’s a little fisking of it:

NY Times’ claim: “The oil industry, its lobbyists and its Congressional allies are predictably furious at the Obama administration’s decision not to allow exploratory oil drilling in the eastern Gulf of Mexico and off the Atlantic coast. The decision was unquestionably the right one.”

Right now is the wrong time to make drastic energy policy decisions. Catastrophic events tend to distort the way we judge risk of a particular behavior. Risk analyst David Ropeik has dubbed this, the “perception gap: “When a large-scale event like the oil spill comes along, the scale of it alone magnifies how scary it feels.”

NY Times’ claim: “Industry’s biggest weakness is its inability to handle a blowout or other major accidents in deep water, where most new drilling is likely to occur. The BP well gushed nearly five million barrels of oil before it was capped. Initially, BP was seen as a uniquely careless company, but subsequent inquiries by a presidential commission suggest that the entire industry ignored safety precautions in pursuit of ever-higher gains. “

The 50,000-plus wells firms besides BP have successfully drilled in federal waters of the Gulf are evidence of how rare spills are in an industry that serves such a vital function in the U.S. economy. Also, both the National Academy of Engineering and President Obama’s offshore drilling commission that BP’s irresponsible corporate culture was the exception and not the rule in offshore drilling.

The opportunity cost in future federal energy policy is huge. In a 2009 analysis, LSU Professor Joseph Mason determined that America stood to gain $8 trillion in additional GDP, $2.2 trillion in tax revenue over the next 30 years, and 1.2 million new jobs annually by opening access to America’s offshore resources.

It’s the irony of ironies that this administration’s energy policies are putting the squeeze on constituencies largely responsible for Obama’s election.  Those he promised hope and change to, this country’s poor and the middle class, are being victimized by Obama’s debt to the radical environmentalist fringe.

Here’s hoping people are waking up to the disaster the 2008 election has brought to this country.

Let's Talk About Sex
Reach Out... 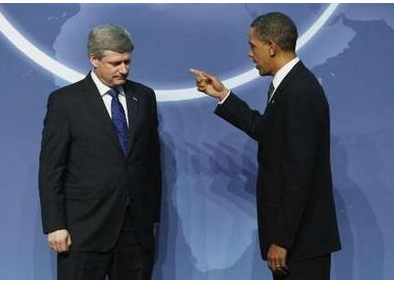