Home
Todays Lessons
Why the charge of Islamophobia is unadulterated crap When that provocative question appeared on the cover of Time in August, the accompanying story strained to imply, on the basis of some anecdotal evidence, that the answer might be yes. The FBI’s latest compendium of US hate-crimes data suggests far more plausibly that the answer is no.

America is many things, but “Islamophobic” plainly isn’t one of them. As Time itself acknowledged: “Polls have shown that most Muslims feel safer and freer in the US than anywhere else in the Western world.” That sentiment is powerfully buttressed by the FBI’s newly released statistics on hate crimes in the United States.

In 2009, according to data gathered from more than 14,000 law enforcement agencies nationwide, there were 1,376 hate crimes motivated by religious bias. Of those, just 9.3 percent — fewer than 1 in 10 — were committed against Muslims. By contrast, 70.1 percent were committed against Jews, 6.9 percent were aimed at Catholics or Protestants, and 8.6 percent targeted other religions. Hate crimes driven by anti-Muslim bigotry were outnumbered nearly 8 to 1 by anti-Semitic crimes.

Year after year, American Jews are far more likely to be the victims of religious hate crime than members of any other group. That was true even in 2001, by far the worst year for anti-Muslim incidents, when 481 were reported — less than half of the 1,042 anti-Jewish crimes tabulated by the FBI the same year.

Does all this mean that America is in reality a hotbed of anti-Semitism? Would Time’s cover have been closer to the mark if it had asked: “Is America Judeophobic?”

Of course not. Even one hate crime is one too many, but in a nation of 300 million, all of the religious-based hate crimes added together amount to less than a drop in the bucket. This is not to minimize the 964 hate crimes perpetrated against Jews last year, or those carried out against Muslims (128), Catholics (55), or Protestants (40). Some of those attacks were especially shocking or destructive; all of them should be punished. But surely the most obvious takeaway from the FBI’s statistics is not that anti-religious hate crimes are so frequent in America. It is that they are so rare.

This of course won’t sit well with those who are quick to throw the Islamaphobe flag.  What instead it does do is substantively show that this flag, much like the racist flag and the bigot flag, are instead crap flags more times than not tossed by those whose arguments are weak and who’ll resort to anything to bolster their perspective and sell their agendas.

Hats off to Mr. Jacoby for going against the meme.

The 12 days of Winter
"The protected can't begin to understand the price paid..." 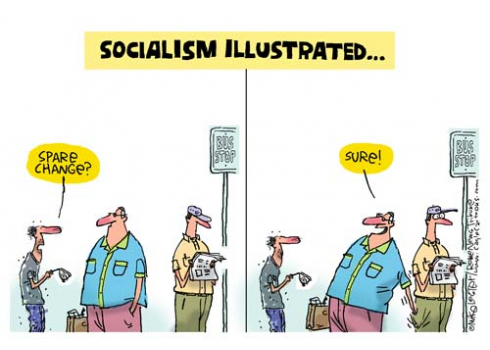