Remember when your mom monitored everything you watched on television, who your friends were, and what you did when you were out with them to make sure your weren’t corrupting yourself? You hated it at the time, didn’t you? Back then, however, we were just kids who were in need of parenting and guidance, so as much as we couldn’t stand our parents’ keeping tabs on us, we know now it served a purpose.

As adults who benefited from our parents’ efforts we are responsible adults who live under our own roof and pay our own bills. Some of us have our own kids and we monitor them in the same way our moms monitored us.

But guess what? Your mom is still out there trying to exercise control over your life to make sure you’re not being corrupted. I’m not talking about your real mom. No, I’m talking about your government mom. Meet Michael J. Copps, one of the four commissioners at the FCC. He’s just like your mom, but worse. How? He wants to impose his authority over you, but unlike your mom he’s got the power of the federal government behind him..

Commissioner Michael J. Copps wants the federal government to monitor everything you see and hear on television and radio that broadcast on public airwaves to make sure it all meets his – in other words, progressive – standards. On December 2, he gave a speech at the Columbia University School of Journalism (ironic, huh?) in which he said this:

The Federal Communications Commission should conduct a Public Value Test of every broadcast station at relicensing time–which should occur, I believe, every four years in lieu of the slam-dunk, no-questions-asked eight year renewals we dispense 100% of the time now.  If a station passes the Public Value Test, it of course keeps the license it has earned to use the people’s airwaves.  If not, it goes on probation for a year, renewable for an additional year if it demonstrates measurable progress.  If the station fails again, give the license to someone who will use it to serve the public interest.

He even sounds like your mom, doesn’t he?  “If you don’t play with your toys nicely, I’ll take them away and give them to someone who will.”

So what kind public values is he talking about?  Here are just three of the seven values that Copps introduced in his Columbia University speech that he says broadcasters should be required to meet if they want to keep their licenses:

Meaningful Commitments to News and Public Affairs Programming. These would be quantifiable and not involve issues of content interference.  Increasing the human and financial resources going into news would be one way to benchmark progress. Producing more local civic affairs programming would be another.  Our current children’s programming requirements–the one remnant of public interest requirements still on the books–helped enhance kids’ programming.  Now it is time to put news and information  front-and-center.  At election time, there should be heightened expectations for debates and issues-oriented programming.  Those stations attaining certain benchmarks of progress could qualify for expedited handling of their license renewals.  This requirement would have, by the way, important spill-over effects in a media environment where many newspapers are owned by broadcast stations–although such cross-ownership is something I hope the Commission will put the brakes on.

In other words, the federal government will use federal funds combined with FCC regulators to strong arm television stations into broadcasting FCC-approved shows in FCC-approved ways. He says the commission would not interfere with show content, but we all know what inevitably happens when the government inserts itself. Remember when Obama introduced his government takeover of health care and he told us, “if you like your health plan you can keep it”? Imagine the government trying to insert itself into Fox News’ programming. Progressives hate Fox News passionately and want to shut it down because it does not broadcast the news in a progressive-friendly manner. Copps’ FCC regulations would move them one step closer to acquiring the power to do just that.

Reflecting Diversity. This is not the place for a disquisition on how poorly America’s minorities, women and other diversity groups are faring on our broadcast media.  The fact that people of color own only about 3.6% of full-power commercial television stations pretty much documents the shortfall.  Diversity goes to how groups are depicted in the media–too often stereotyped and caricatured–and to what roles minorities and women have in owning and managing media companies.  The FCC’s Diversity Advisory Committee has spent years providing us with specific, targeted recommendations to correct this injustice.  How sad it is that most of these recommendations have not been put to a Commission vote.  It is time to right this awful wrong.

How does the FCC plan to increase the number of full-power television stations owned by minorities? Is Copps saying the FCC should yank licenses from white owners simply because they’re white and hand them over to minority owners because they’re minorities? Government sponsored racial discrimination is still racial discrimination. And he wants the FCC to micromanage how broadcast companies portray minorities and women on television because heaven forbid you should see something that might cause you to think in ways that are politically incorrect.

Local and Independent Programming. The goal here is more localism in our program diet, more local news and information, and a lot less streamed-in homogenization and monotonous nationalized music at the expense of local and regional talent.  Homogenized music and entertainment from huge conglomerates constrains creativity, suppresses local talent, and detracts from the great tapestry of our nation’s cultural diversity.  We should be working toward a solution wherein a certain percentage of prime-time programming–I have suggested 25 percent–is locally or independently-produced.  Public Service Announcements should also be more localized and more of them aired in prime-time, too.  And PEG channels–public, educational and government programming–deserve first-class treatment if we are to have a first class media.

Again, Copps thinks the FCC should be able to micromanage what television stations show and what radio stations play. What if a station’s viewers or listeners don’t want to see or hear the local talent? Would the stations still be required to spend the money to produce and air television shows no one watches or play songs on the radio that no one listens to just to meet the government’s definition of diversity? What would be the point of the television and radio station existing at all then? Government propaganda, pure and simple.

Even if he manages to get his way and the FCC is given the power to micromanage broadcast media and radio so they conform to what Copps and other progressives think they should look and sound like, consumers won’t put up with it. There are other places for them to go, and what does not exist now will be created if there is a market demand for it. Additional premium television stations exempt from these rules will pop up to provide the kind of television shows people want to watch. If radio listeners can’t find what they want to hear on the public airwaves, they will make the switch to satellite radio. The market will find a way to meet consumers’ demands if the FCC forces television and radio stations to submit to FCC-defined politically correct standards.

Copps isn’t satisfied with getting his claws into television and radio only. He also wants the internet to be reclassified as a telecommunications service so he can control everything people read, see, and hear online as well. He and his fellow progressives just can’t live and let live.  Instead, they have this obsessive need to force everyone else to live as they want them to.

Update: The Daily Caller has a lot more on Copps’ crusade to take over and impose his standards on American media. 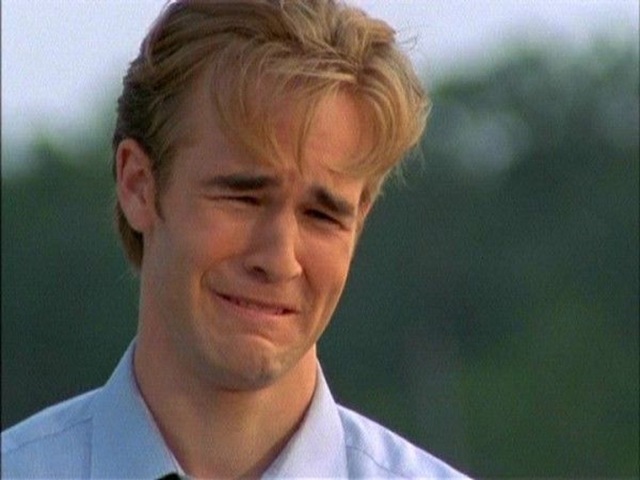