Robin Shepherd is bringing us information not widely disseminated by our Jew hating friends in the media:

Hard on the heels of a comprehensive opinion survey showing that most Palestinians support a two-state solution only as a stepping stone to a one state solution after Israel has been destroyed, and of a Palestinian Authority report denying any Jewish connection to the Western Wall in Jerusalem, we now have the third emphatic statement of Palestinian rejection of peace and its pre-requisites in under two weeks, this time from the Fatah Revolutionary Council.

Yesterday, the Council stated its implacable opposition to recognising Israel as a Jewish state, as well as to a peace agreement involving land swaps. The first issue is critical; the second important. If Palestinians will not recognise Israel as a Jewish state the conflict cannot come to an end since, as the afore mentioned opinion polls show, Palestinian society will only view any agreement as a temporary measure until the conflict can be resumed on more fabourable terms at a later date. If they reject a priori the possibility of land swaps they are effectively saying there is nothing to talk about on border questions, in which case what is the point of negotiations in the first place?

The Jerusalem Post quoted an Israeli government official as saying the following in response to the Fatah announcement: “I would ask the Palestinians the following question: If the Jewish state is fundamentally illegitimate in your eyes, what sort of peace are you offering us? “It is clear that their refusal to recognize the Jewish state’s legitimacy is the true obstacle to peace and reconciliation.” Indeed so. It is crystal clear. But only to those people who are aware of the facts. So let’s have a look at how these vitally important pieces of information have been reported on by the BBC.

That, of course, was a joke. Neither the opinion poll, nor the PA report denying Jerusalem’s Jewish character nor the resolutions of the Fatah Council have been reported on at all. Now think about that for a moment. Here you have the building blocks of an immensely convincing argument that the core problem in this conflict is with the Palestinians and not with the Israelis. As the whole world is pressing the two sides towards peace talks, we have clear evidence that one of those sides is putting up insurmountable obstacles to a successful outcome. In other words, it’s obviously news worthy. If anything along such lines had been reported from the Israeli side there is no question whatsoever that it would have received saturation coverage, and rightly so.

But since the evidence casts the Palestinians in a less than flattering light, it is totally ignored.

Mr. Shepherd’s focus (do read the whole thing and bookmark Mr. Shepherd) is on the BBC’s negligence in bringing us this sort of news but the fact is that I’ve not seen it widely reported in the press here stateside either.  And why should I?  This sort of thing is devastating to any objective observer of the scene and it shows that the Palestinians are about as serious as to peace with the Israelis as Obama is serious about economic recovery.

Thank God for the ability to bypass the Palestinian mouthpiece press and to get to the truth.

H/T to Dan Friedman via email. 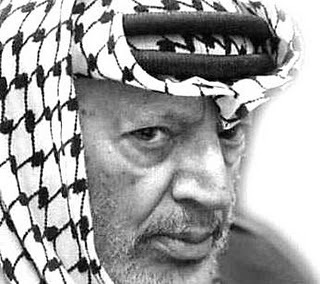