Home
Elections
Sarah Palin Should Not Run For President

Before the Sarah Palin fans out there get up in arms, hear me out. My main point is this. Sarah Palin would be much more effective supporting causes like fiscal sanity by not running for President. I’ve had this thesis floating around in my head for a while now but recent events have cemented it.

Last night, Sarah Palin’s reality show premiered on TLC. I must admit I forgot about it and didn’t watch–I tend not to watch celebrity-based reality shows in any event. But obviously people did watch it and review it and the tenor of those reviews is telling. Over at TVSquad, contributor Joel Keller wrote a piece on the premiere which he titled, “‘Sarah Palin’s Alaska’ Is Unsatisfying for Both Reality and Nature Fans.” That doesn’t sound good, let me quote a few of the things he didn’t like about the show.

Actually there’s not much to quote. His complaints seem mild at best and don’t seem to match up with the headline. About the only specific theme he didn’t like about the show was that Sarah Palin was in it. If you read through the comments his review, you will find people claiming they have stopped watch the TLC channel altogether ever since Palin’s show was announced. That’s a pretty intense reaction.

What about other reactions? The same website notes that the first episode did quite well.

The debut of ‘Sarah Palin’s Alaska’ brought in huge numbers for TLC, making it the highest-rated series launch in the network’s history.

The first episode in the eight-part series was seen by 5 million viewers. According to Variety, the series brought in 1.6 million viewers in the 18-49 demographic, but mostly skewed older. Viewers over 35 — 3.9 million of them — accounted for the majority of the audience.That’s where the facts end. The rest of the article goes on, with a tone of bewilderment, trying to figure out just who these viewers were. They conclude that most of them tuned in out of curiosity but will have the good sense not to do so again. Then they link to Keller’s review reaffirming the show is boring and end with a subtle challenge masquerading as a question: “Will you watch the second episode?” That’s a pretty intense reaction.

Over at the New York Times, Alessandra Stanley offers a review with such ‘fair and balanced’ observations such as:

Perhaps Ms. Palin’s most impressive feat is climbing a glacier with a guide and her husband, a rock-climbing adventure that is obviously arduous and scary. She says out loud many times that she is afraid she can’t make it to the top. Viewers may fear another risk; her high-pitched voice is so piercing it could trigger an avalanche.

To her credit Stanley didn’t actually call Palin a harpy, she only used creative imagery to convey that point. Stanley also butchers the “I can see Russia from my house” meme but that shouldn’t be surprising to you. All in all, it is a pretty intense reaction and not at all objective.

And that leads me to my main point. Years after running for Vice President, Palin continues to invoke reactions in the left that don’t match her actions. Even during the campaign people continually compared Obama’s experience to Palin’s, not noticing that they weren’t running for the same office. Web sites continue to sell offensively crude anti-Palin material–do a Google search on “Sarah Palin is a c*nt” and there will be featured, paid-for ads that return direct matches.

Palin has the ability to energize certain portions of the right, tea partiers, and fiscal conservatives. She should take a prominent role as a fund raiser and endorser of candidates, from national to local. I can guarantee you that some candidates on the left won’t be able to ignore it. They will run campaign adds against her despite the fact that she is not their opponent. Members of the media and entertainment (but I repeat myself) industries will say something like vile like she should have aborted herself or maybe they will just wish gang rape upon her again.

The political gains from these sorts of reactions plus the increased donations make it a win-win situation. And the rational negatives of Palin candidacy–those do exists but her opponents can’t help but ignore those and go for the absurd–can be avoided altogether. 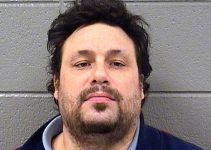