Home
Asshats
Doubling Down On Stupid

A little while ago, this self-important twit over at Daily Kos decided to pick a fight with me. I smacked him around here, and every now and then I meander over to his site and smack him around again — it’s a guy thing.

Anyway, this morning good old VP put up his analysis of yesterday’s elections, and it’s pretty good. “Good” as in “so god-awfully wrong, it’s just the belly laugh I needed today.”

But it is well-written. I gotta give him points for style. It’s concise, uses solid structure, and clear language. And I didn’t notice any spelling or grammatical errors, either.

You didn’t lose because:

— Your luck is bad, or
— Your message got drowned out, or
— The media was against you, or
— The voters didn’t get out, or
— President Obama was a negative, or
— Nobody knew your accomplishments, or
— The economy was so bad your ouster was a given.

— You have been scared, indecisive little mice for the last four years.

— You have ABSOLUTELY NO IDEA how to craft a marketing message that is simple and strong, explains accomplishments in REAL PERSON, REAL ENVIRONMENT sort of way, and pushes buttons.

— You worried more about polls and less about your party.

— You considered yourself a proud “independent” who will vote his/her mind on issues where the party desperately needed you to vote their way.

— You went against our President – a President who needed to make change in this country and found a roadblock with the Senators and Congresspeople in his own party.

— You wasted time trying to compromise with republicans. They want nothing more than to see you destroyed.

— You mistook indecisiveness and half-wins as some kind of accomplishment. It’s not. The public wants strength and decisiveness in their party. How do you think Bush won a second term? It wasn’t because he was right on anything.

— You had a majority leader in the Senate who couldn’t be more useless. He reeks of weakness, folds at any opportunity, and the public knows this.

— You don’t learn from the past – and it looks like you never will.

You didn’t win because:

— You crafted a simple message for a public that is too stupid to remember the past.

— You appealed to those who are racist, callous, selfish, ignorant, angry and fed that negativity.

— You won by making the country lose. You must be so proud of yourself for destroying our only chance to get out of this recession – and if you don’t understand why you’re wrong, you’re too stupid to hold your position.

Oh, VP. You’re so precious, I just wanna eat you up.

“Luck” is hard to quantify in elections — it usually relates to uncontrollable events. Your “message” wasn’t drowned out; it was rejected. The media did all they could for you, but you can’t polish a turd. Your voters did turn out — they turned out against you. President Obama HAS been a drag among all but the hardest hardcore of your base. People knew your accomplishments, and were appalled. And the economy certainly didn’t help.

On the flip side: you haven’t been “scared, indecisive mice;” you got a lot through. Sadly, most of it sucked. Your “marketing message” of “we’ll give you stuff” has been exposed as a fraud. You listened to the polls just as much as almost every other politician. You marched in lockstep with really, really bad leaders with really, really bad ideas. You followed Obama cheerfully as he threw more and more of you under the bus. You spent way too much time telling the Republicans “we won” and shoving them to the back of the bus, or off the bus and told everyone in earshot how irrelevant they were — to the point where you believed your own BS.

In VP’s analysis of the Republicans, he makes it very clear that he’s obsessed with his stereotypes and is furious that the GOP won’t play along and be the demons he insists they are.

No, a far better analysis on the situation was put out by FrankJ over at Pajamas Media a couple of weeks ago.

The only message the Republicans put out that resonated was “we can make things better.” And that is the only mandate they have. It’s vague, it’s undefined, and it’s almost unmeasurable.

But it’s still the only one that really matters. And that is the standard they will be held to.

The fight for 2012 has already begun. Hell, we’ve gotten into the perpetual campaign mode, so each election is just a skirmish in the endless war that politics has become. And one of the best signs I can see for the side of reason is just how far into fantasy such staunch progressives as VP are lost. They are stuck on stupid, and that particular strain of stupid is a tar pit — the harder they fight, the worse they dig themselves in.

And lord, isn’t it entertaining.

Pelo-See Ya Later!
Repubs take House convincingly yet some Dem stalwarts remain especially in the Senate 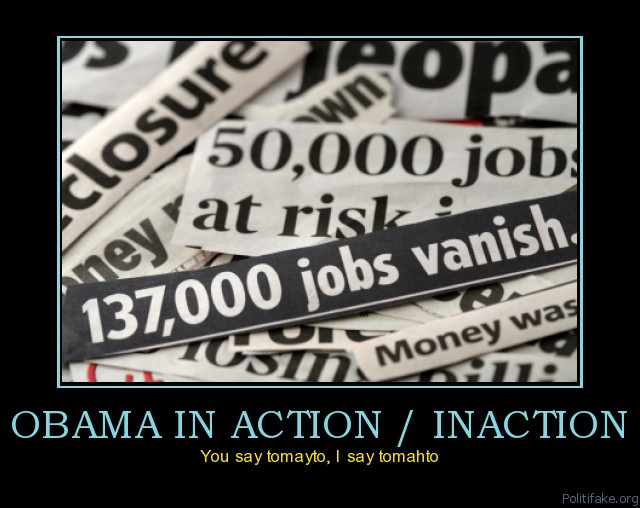