“I’d like to see her do this ad in the South Bronx. Come here bitch. Come to New York and do it.” – The View co-host Joy Behar, in response to a Sharron Angle campaign ad

“I won’t get into the nitty gritty details of what happened between the sheets that evening. But I will say that it wasn’t half as exciting as I’d been hoping it would be. Christine was a decent kisser, but as soon as soon as her clothes came off and she was naked in my bed, Christine informed me that she was a virgin.

‘You’ve got to be kidding,’ I said. She didn’t explain at the time that she was a ‘born-again virgin.’ She made it seem like she’d never had sex in her life, which seemed pretty improbable for a woman her age. And she made it clear that she was planning on staying a virgin that night. But there were signs that she wasn’t very experienced sexually. When her underwear came off, I immediately noticed that the waxing trend had completely passed her by.” – anonymous story, “I Had A One-Night Stand With Christine O’Donnell” published by Gawker.com

Just when you thought that Democrats couldn’t sink any lower, welcome to the pathetic world of liberals who are now watching the approaching Nov. 2 elections in much the same way as Wile E. Coyote, as he turns his bloodshot eyes skyward and sees yet another giant anvil or cannonball or rock slide poised to seal his impending doom.

Perhaps at this point they are convinced that they have nothing left to lose, and a suicide run targeting female Republican candidates might energize just enough of the bitter misogynists in their base to reduce the magnitude of their defeat from biblical, down to only epic proportions.

More than likely, though, is the fact that strong female conservative candidates, who embody the exact opposite values and personal characteristics that liberal/feminist-approved female candidates are supposed to possess, truly pose an existential threat to contemporary progressivism.

If you imagine the world as an arena of suffering, enslavement, injustice, domination, and greed — all perpetrated by evil rich white men — then women, like racial minorities, should by default embody all the progressive responses to the evil white man: social justice, feminism, socialism, abortion rights, etc. When a woman doesn’t support these things, progressives are shocked and stunned. Such a woman surely must be an aberration, a fluke, a mutant. Naturally no such woman should ever be allowed to hold a position of real power.

Unfortunately for liberals, the truth is that among women (and, I would suspect, non-whites in general) unflappable progressive robots are a distinct minority. And denigrating women solely because they disagree with your political agenda is not a good idea. Even NOW was forced to hold their nose and issue a repudiation of the trashy Gawker story about Christine O’Donnell. Blogger AJ Strata sums things up nicely:

The Democrats will pay for this. Until they clean out their party and get some adult supervision in there, the Democrat Party is dead. And that begins in a few short days. I can’t wait to see the loser-left have to utter the words Senator Bitch and Senator Witch. Not to mention President Palin sometime in the near future. It is time woman rose above the sewer that is the liberal left, and begin to show their stuff as mothers, daughters and coworkers.

“Senator” would definitely have a nice ring to it. After all, these women certainly have worked very hard to earn that title. 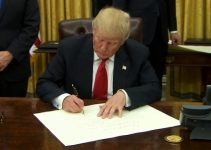