(Note: this started out as a comment to Rick’s response, but when I passed 200 words and wasn’t slowing down, I figured it was big enough to be its own posting.)

This ain’t the first time Rick and I have disagreed. (Witness the ongoing Covert Capitalization Wars — or, rather, don’t; don’t you get the meaning of “covert?”) And as long as we’re co-bloggers, it won’t be the last.

Kevin has assembled here a great collection of writers who are compatible with out being interchangeable. We will agree on some things, disagree on others. I welcome Rick’s disagreement, and give weight to his criticism, but in the end he’s gotta be himself and I gotta be me. “To thine own self be true.”

Trump pretty much nailed it: this is a conflict on many levels. And my little Foto Funnies are intended to work on the emotional level.

On one side, to get a bit of a chuckle and a wince from those on “my” side.

On the other, to challenge the standard platitudes that we hear over and over that I quoted at the beginning.

I intended to demonstrate the dichotomy inherent in much of contemporary Islam — “Islam is peaceful and tolerant and loving, and we will kill any who say otherwise!” — with my silly little images. Because some times in a disagreement, you gotta reach for the cream pie.

It’s the inner Alinsky in me.

“Power is not only what you have, but what the enemy thinks you have.”

I’m a nobody from nowhere. I got nothing but words. But if the other side is willing to grant me power over their rage reflex, why not use it?

“Never go outside the expertise of your people.”

When I’m writing here, the part of my personality that comes through most is my thoughtful, deliberative, reasoning side. It’s a consequence of having time to think things over. In real life, I’m exceptionally flippant and irreverent. It’s rare I can translate that into my blogging.

“Whenever possible, go outside the expertise of the enemy. Look for ways to increase insecurity, anxiety, and uncertainty.”

Islam is a notoriously humorless faith.

“Ridicule is man’s most potent weapon. It is almost impossible to counteract ridicule. Also it infuriates the opposition, which then reacts to your advantage.”

“A good tactic is one your people enjoy.”

I had fun with it. And others seemed to appreciate it, too.

“Keep the pressure on, with different tactics and actions, and utilize all events of the period for your purpose.”

As Rick noted, I’ve used other tactics in the past, and haven’t abandoned them, either. This was just to shake things up a little.

I have literally lost count of how many times I’ve stated that Alinsky’s rules are not the exclusive property of the Left — they are a blueprint for those out of power of any political persuasion. They work equally well against Alinsky’s heirs — or any other group that holds power. They are designed for the weak to antagonize and challenge the strong.

In this struggle, I am definitely the weaker side. I’m one guy. (With lots of fine folks who agree with me, but I’m no leader. Hell, I’m not even a “leader” in this own blog.) In the struggle against militant Islam, I am utterly powerless.

Except if the other side will grant me power. Power to provoke them, power to compel them to react to me, power to crack their facade of platitudes and facile excuses and glib cliche’s and reveal their inner rage and intolerance.

I spelled out exactly what I intended from the outset: to challenge those platitudes and cliche’s.

So Rick wouldn’t have done it. That’s fine with me. There are a lot of things Rick says or does that I would never do. That’s why he’s Rick, and I’m me. If we didn’t differ, one of us would be redundant around here.

(We won’t bring up the inconvenient truth of how DJ and I often agree so much, we have inadvertently “scooped” each other on countless occasions, leading to dozens of trashed postings when we realize the other has said what we wanted to say — but so much better.)

I had my fun. I might have more fun, or not, depending on how the mood strikes me.

Because that’s the main reason I do this — for my own entertainment. When it stops being fun, that’s the day I hang up my hat.

And not a moment sooner. 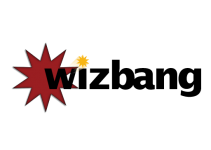