I’m not seeing much in the MSM on Mr. Bolden’s trip:

The NASA chief who caused an uproar over the summer when he said outreach to the Muslim world might be his “foremost” priority has embarked on a trip this weekend to Saudi Arabia.

A NASA spokesman said the visit is part of a multicountry tour. Administrator Charles Bolden and a delegation of several other NASA officials arrive in Saudi Arabia
on Friday following a trip to Prague. From the Middle East, they will head next to Nepal where Bolden will give a keynote address at a climate change conference.

A Google search reveals little as to others covering the junket, but one will find the following being mentioned more widely:

Some could be blamed on the uncertainty that has hung over the space program for the past nine months, but most were because of the space shuttle’s pending retirement.

United Space Alliance laid off 333 employees who worked here in the Johnson Space Center area Friday, as planned, and Bay Area Houston Economic Partnership President Bob Mitchell said “at least an additional 400” were being laid off at aerospace firms, big and small, all around the area as the week came to an end.

“It is our hope that some . . . . some portion of these will be rehired in the first quarter of next year when the funding becomes clearer,” he added.

Jacobs Engineering laid off 129 employees at its Clear Lake offices just two weeks ago. Most of the layoffs have been expected for months when it became clear that at least part of the Constellation program was going to be terminated and the shuttle was being retired.

USA Communications Manager Kari Fluegel said Friday that her company had also laid off an additional 1,222 employees in Florida and Alabama. Almost 800 were terminated at Cape Canaveral. The Huntsville, Ala., newspaper reported that from 150 to 250 space workers were being laid off as NASA switched from one rocket program to another and that some were expecting to come back when work starts on the new program.

That won’t be all the layoffs at USA.

Fruegel said “we’ll initiate the next layoff in January when another 200 to 300 will be laid off. We’ll start that process in October with notices given out in about 60 days.”

I find it compelling that at the same time NASA Chief Bolden is reaching out to Muslims in Saudi Arabia, Americans by the hundreds are being laid off as part of the Obama Administration’s retooling of the space agency.

A juxtaposition worth noting as November approaches. 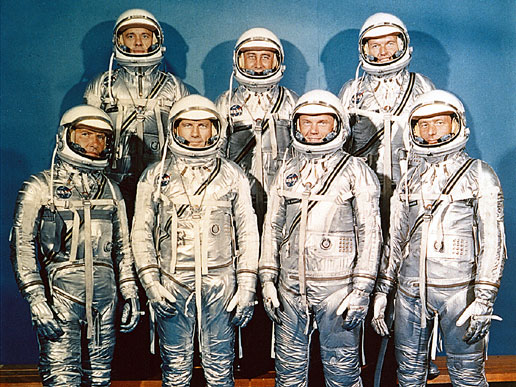