Earlier this week, CNN broke a story about iconoclastic film maker James O’Keefe that at first seemed too bizarre to be real. According to CNN, O’Keefe (who first gained notoriety for his hidden camera videos that proved the extent to which ACORN was willing to break the law) was working on an elaborate plot to “punk” CNN reporter Abbie Boudreau with a fake seduction plot.

According to the script that O’Keefe allegedly prepared, Ms. Boudreau was to be contacted anonymously and promised exclusive evidence that would prove the media’s allegations of racism against the Tea Party movement. Ms. Boudreau was then to be lured onto a boat in order to retrieve the evidence. Once on the boat, she was to be led into a cabin that contained a bed, a generous supply of sex toys and pornography, and a video camera. Then O’Keefe would try to seduce her, and if she consented, the video was to be used in an attack campaign against CNN.

Again, just too bizarre to be real. Or was it?

According to CNN, Izzy Santa, the director of O’Keefe’s Project Veritas, tipped off Ms. Boudreau and warned her not to meet O’Keefe. She also provided CNN with a copy of O’Keefe’s script. O’Keefe issued a denial, stating that the ideas in the script were “not [his] work product” and that he “did not consider them for one minute following it.” Reportedly Ms. Santa was relieved of her duties at Project Veritas as a result of her whistle blowing effort.

The tackiness and the unhinged nature of this alleged plan has left O’Keefe’s supporters confused and angered. Brent Bozell, director of the Media Research Center and Newsbusters.com wrote:

The MRC unequivocally denounces James O’Keefe for his attempted assault on CNN. It isn’t just childish and immature; it’s ugly, dishonest and filthy. There is no place in the conservative movement for this type of behavior and that’s exactly what I warned about in a commentary piece I submitted to CNN.com just two days ago.

“Could the Citizen Journalist abuse the public trust?” I wrote in this piece that should run in the next few days. “Hypothetically, of course. Conservatives must all guard against this. Let there be scrutiny, by all means.” And I repeat: there must be scrutiny.

Bottom line: We want nothing to do with O’Keefe or his dirty antics.

Andrew Breitbart, who published O’Keefe’s original video take-down of ACORN, also feels that there is still a lot of explaining to do:

I proudly stood behind James O’Keefe on his groundbreaking ACORN investigation. I also defended him when the media, including CNN — during a previous regime, “the Rick Sanchez era” – falsely reported the Sen. Mary Landrieu story as a “wiretapping” plot gone wrong.

In all these cases the left-leaning media exposed its obvious bias against James because of his contrarian point of view and because the targets of his investigations are protected institutions of the Democrat Media Complex.

However, in my dealings with Ms. Boudreau, she and her producer, Scott Zamost, conducted themselves professionally, and I believe James owes them a candid and public explanation.

From what I’ve read about this script, though not executed, it is patently gross and offensive. It’s not his detractors to whom he also owes this public airing. It’s to his legion of supporters.

James O’Keefe has had plenty of time to respond to the allegations made by CNN. His refusal to say anything beyond “yeah, but we didn’t really do it” seems to indicate that at least some elements of the the plan were for real. That being the case, James O’Keefe seems to have descended from “citizen-journalist” to “creepy sleazeball.”

Hang in there, James. I’m sure Larry Flynt could use a guy like you.

Something smells funny about this
A Gathering Of Scum
Tags:Abbie Boudreau, CNN, James O'Keefe 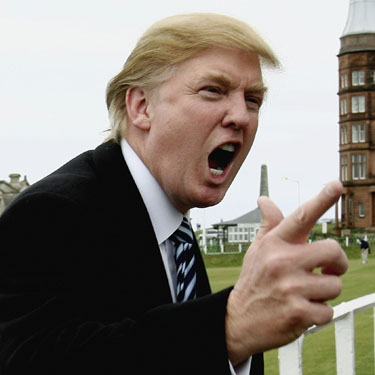