Frivolous licensing is becoming the scheme of choice for members of industry groups to limit their competition, allowing them to charge inflated prices for their products or services. What makes this scheme so galling is that the government, which is supposed to serve all the people equally, helps these special interest groups shut out new competitors.

The Institute for Justice dedicates itself to fighting this kind of frivolous industry licensing because its sole purpose is to limit the economic freedom of others who want to make an honest living in that industry. We saw IJ take on the casket cartel in Louisiana. Now they’re taking on Washington, DC’s tour guide licensing racket because no one should be forced to purchase a license from the District of Columbia to tell other people stories about America’s history.

May city officials in Washington, D.C., throw local tour guides in jail for up to 90 days for engaging in unauthorized talking?

This is the question the Institute for Justice (IJ) seeks to answer in a federal lawsuit filed today in the U.S. District Court for the District of Columbia. Two area tour guides–Tonia Edwards and Bill Main–are joining forces with IJ to strike down the city’s tour guide licensing scheme as a violation of their fundamental constitutional rights.

“The government cannot be in the business of deciding who may speak and who may not,” said Robert McNamara, a staff attorney with the Institute for Justice, a national public interest law firm with a history of defending free speech and the rights of entrepreneurs. “The Constitution protects your right to communicate for a living, whether you are a journalist, a musician or a tour guide.”

Together, Tonia Edwards and Bill Main run Segs in the City, which provides fun and informative Segway “safaris” in Annapolis, Baltimore and Washington, D.C. There is, however, a key difference between the three cities: In D.C., doing this makes them criminals. Currently, for telling their customers that the National Archives houses the Bill of Rights, Tonia and Bill could be fined and sentenced to 90 days in jail.

The District’s licensing scheme makes it illegal for anyone to “guide or escort” anyone else for hire without first passing a test and obtaining a special license. The prohibition on unauthorized talking covers all of the public spaces in D.C.–including roads and sidewalks.

“This is a very important case because it is about our constitutional right to speak,” said Tonia Edwards. “We have a business license to operate, but the government cannot force us to get an additional license to speak. When we win, we will protect not only ourselves, but the free speech rights of countless other entrepreneurs as well.”

A similar IJ lawsuit in Philadelphia has garnered significant national media attention, including coverage from All Things Considered and the front page of the Wall Street Journal. Founded in 1991, the Virginia-based Institute for Justice is a public interest law firm that fights for free speech and economic liberty nationwide.

Reading Is Fundamental
"The President Is Losing It" 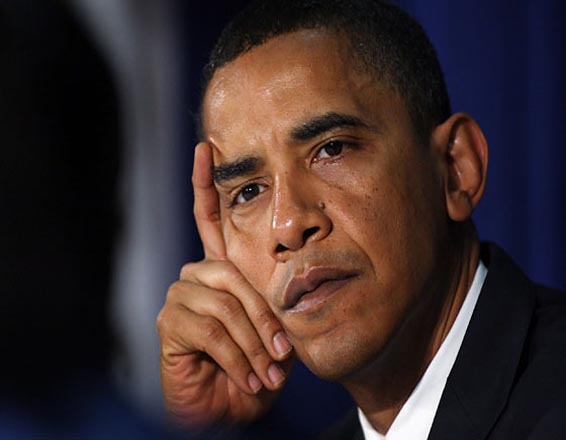