I’m late to this story and I’ll blame my being on vacation last week when it first hit the wires but when I came across the following, written by a woman, I thought it worthy of sharing: When Ines Sainz went to New York to interview the quarterback for the Jets she got more of a story than she bargained for. Sainz complained that one of the assistant coaches seemed to be throwing balls at her on the sidelines, and once she went into the locker room, several Jets player made inappropriate comments towards her. Clearly this is wrong, right? The poor innocent sports journalist was just minding her own business trying to get an interview, right?

I don’t think anyone should be sexually harassed. I don’t think men should be jerks, but I have heard worse walking around on the streets of New Orleans. Hell, I’ve heard worse at the gas station, and I was wearing a business suit. Perhaps the real question is if she was truly offended or if this is a publicity stunt.

Ines Sainz said she accepted Jets owner Woody Johnson’s (I’m not making that up) apology on Monday. So why is she still doing television interviews? Let’s keep in mind that this woman covered a Super Bowl by measuring player’s biceps. I’m sorry, how is that not offensive? Double standard much?

Again, I don’t think anybody should be harassed. Then again, I don’t think that anyone male or female should be in the locker room. Nobody needs to see that. But my point is that this is bad press for everybody. How are female sports reporters supposed to be taken seriously when the one that gets the most attention is the one in the painted on tight jeans that cries sexual harassment? This is our role model?

A gal who seeks the limelight, a gal who dresses in ways that invite the sideways glance, a gal who proclaims herself “the hottest sports reporter in Mexico”, a gal employed by a ‘news’ network that seems hell bent on promoting their female reporters as… well… bimbos… is a gal that’s gonna have a tough time convincing anyone that coaches purposely overthrowing footballs in her direction or guys noticing that she’s hot in a locker room are engaged in sexual harassment.

Women’s groups whose lifeblood is hatred of men are smelling testosterone in the water and are using Ms. Sainz as a blunt instrument to once again do what these groups do… beat up on men.

It’s great to see other women recognizing this for what it is.

UPDATE: Bookie is comparing and contrasting the behavior of MSNBC’s Meredith Veira in a related post.  Speaks volumes. 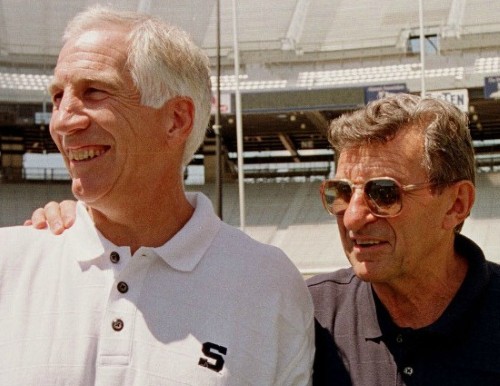