Nate Silver, the left’s pollster of choice, has put together his predictions for every House race this November, and it’s good news for voters in Michigan’s First Congressional District. Nate forecasts that Dan Benishek has a 90.9 percent chance of defeating Gary McDowell. He also predicts the final results will be Benishek with 54% and McDowell at 43%.

And that’s just one district. The big picture in the House is bad news for Democrats:

Republicans have a two-in-three chance of claiming a majority of House seats in November, the FiveThirtyEight forecasting model estimates. And their gains could potentially rival or exceed those made in 1994, when they took a net of 54 seats from the Democrats.

In one sense, a strong performance by the Republicans on Nov. 2 is to be expected. The opposition party typically gains seats – on average, about 20 in midterm elections since 1994 – after the other party wins the White House, as the Democrats did in 2008. Nevertheless, both the magnitude of the Republicans’ potential gains, and the rapidity with which the political balance is poised to shift back to them after two cycles in which Democrats won nearly every competitive election, is unusual by recent standards. According to the model, Republicans have about a one-in-three chance of winning at least 54 seats, their total in 1994, and nearly a one-in-four chance of gaining at least 60.

This of course doesn’t mean the conservatives are assured victory. We can’t let our guard down even though the odds according to Nate Silver look really good for Benishek and conservatives in general. We have to remember the only poll that matters is the one on election day, which is still about seven weeks away. In politics that’s a lifetime. Anything can happen that could dramatically swing the momentum of this race in an entirely different direction. The best way to help Dan Benishek keep his momentum going is to donate to his campaign. This will allow him to buy ads across his district that can explain to voters that as a fiscal conservative he will be a necessary check on the big taxing, big spending, and job killing Democrats and their leader President Obama. 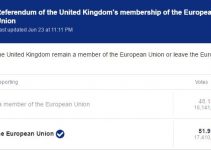