Home
Christianity
A Pastoral look at Divorce and Remarriage

I’ve not had the pleasure of meeting Chuck aka XtnYoda in person.  It’s a meet-up I hope one day will happen so that I can shake the hand of a man I’ve come to look up to.  In Chuck, we meet a guy who’s served his country and who’s serving his Lord.  He’s a man to emulate and admire, a man worthy of respect.

I bring you all of this as introduction to something Chuck has written I believe deserves wider play.  It’s a book he’s titled Biblical Misconceptions about Divorce and Remarriage, a book I’m excerpting in part here:

It is with a broken heart that I present this study.

There are few issues that have more deeply damaged the lives of God‟s people than the often-misinterpreted issue of divorce and remarriage. Bible translations have added to the confusion as they have translated key words differently related to this issue.

Added to that confusion we have often fallen into the grievous translation/interpretation error called eisegesis. Eisegesis is when a pastor, translator or teacher of the Bible reads into the scriptural text a contemporary understanding of a topic instead of understanding the topic at the time the scripture was being written. The result is that we have many good intentioned pastors and teachers upholding and teaching that which in reality is a practice that God actually hates.

In this study I will demonstrate how we often fail to recognize the dramatic difference in the cultural practices of the Hebrew people regarding marriage and our contemporary practices. Their customs were totally alien to our western world‟s way of thinking. I will demonstrate how the Hebrew practice of putting away a wife without a divorcement was a common custom that God hated in both the Old Testament and the New Testament texts.

By failing to recognize this distinction throughout the scriptural texts many teach that it is wrong for a divorced person to remarry, or if they do remarry they are committing adultery. This is in fact teaching a modern form of the hurtful custom of putting away and making the divorced person enslaved to the offender…which is what God hates.
Ultimately, the two issues at stake in this discussion are the very nature and character of God‟s Justice and the Veracity of God‟s Word.

If you know of someone who’s been divorced or who’s going through a divorce, Chuck’s thoughts may very well be the balm needed to bring peace of mind.

Consider downloading the PDF and passing it on.   It’s a studious reflection on the subject matter with lots of footnotes and references but more importantly, it’s written from the heart of a man who’s love for God is beyond reproach and who’s intentions in restoring hope to the wounded comes through loudly and clearly.

Hats off to you Pastor Chuck for pouring yourself into this work.  I’m honored to bring it to the public on your hehalf and am hoping that this will lead to it being published and disseminated. 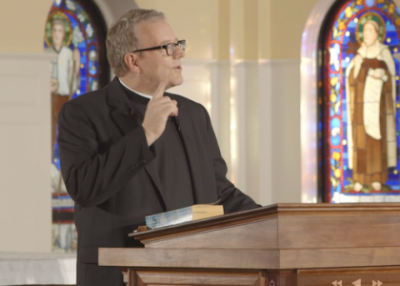