It is definitely looking that way. According to a poll by TargetPoint, Republican Dan Benishek has a significant lead over Democrat Gary McDowell, 54 to 31 percent:

Campaign spokesman Trent Benishek said, “The baseless attack ad released by the DCCC is evidence that they are panicking and see the same poll numbers we do. Precious resources are being wasted in a failed attempt to scare seniors and distort the record of an Iron Mountain doctor who has served Northern Michigan for almost three decades.”

“These poll numbers reflect the energy and enthusiasm I am seeing all over the First District. The people are responding to my call to cut taxes, cut spending, and cut government regulation,” Dr. Benishek stated. “The scare tactics being used by my opponent are a desperate attempt to distract voters from the painful reality that Mr. McDowell has voted for numerous tax increases that have cost thousands of Michiganders their jobs.”
Real Clear Politics picked up the poll and wrote, “Interestingly, the MI-01 poll is pretty consistent with a We Ask America poll from a few weeks back. This one looks like it could be getting away from the Democrats.”  Let’s hope this lead not only continues but increases. The folks of Michigan’s First Congressional District will be well-served by a Congressman Dan Benishek. 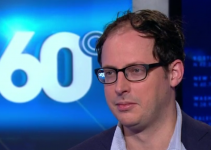