I’ve said recently that I generally like and respect Mormons. They tend to be honest, sober, honorable, decent, and eminently respectable people.

I also have an affinity for Jews. Their cultural strength, their humor, their perseverence, their sociability, and their rejection of evangelism all appeal to me.

As an agnostic, I happen to find both groups’ spiritual beliefs odd at best and more often laughable, but I tend to keep the particulars to myself and don’t make an issue of them — unless pressed. But generally, I have an affinity for the individuals I’ve encountered.

A couple of years ago, I tossed out a quick article on a conflict between the two groups. It seems that a group of Mormons had come to the conclusion that it was their moral obligation to offer “baptisms” to the deceased, through family members, to spare their souls eternal damnation. Relatives of the departed would stand in proxy, and the dead would be posthumously adopted into Mormonism and added to the roles of the faithful. (Mormon genealogy records are astonishingly thorough, and have been a tremendous boon to historians and roots-seekers.)

That was largely ignored, until some Jews heard about certain particulars of the practice. It seems that a few Mormons had decided that since we all descended from Adam and Eve, we’re all generally “family” — and therefore anyone can stand in for anyone else in history. And that led to a whole bunch of Jews killed in the Holocaust being listed as Mormons.

The Jews’ objection seemed rather abstract, but understandable: they said, essentially, “these are our people. They lived and died as Jews. They were killed solely because they were Jews. What you are doing is stripping them of their Jewishness — denying what they held so dearly that it cost them their lives. Plus, historically, it’s been a very bad thing when others start assembling lists of Jews. Please, stop doing that immediately.”

The Mormons, officially, agreed and stopped the practice in regards to Jewish victims of the Holocaust. Unofficially, though, smaller groups of Mormons quietly ignored the request and kept it up.

As I said, I wrote a little piece at the time I first heard about it. I sided with the Jews, but I thought it was a fairly trivial and silly issue — enough that I could whip up a quick article about it and have a little fun with it.

Hoo boy, was I wrong. That article exploded in my face. It seems EVERYONE had some serious opinions on the issue.

So I took a second stab at it, refining and clarifying my position. I hadn’t the first time, because I didn’t see it as that big a deal.

Ever tossed water on a grease fire? Me, neither, but I’ve seen videos. (Thanks, Mythbusters!) And that is a great metaphor for what I did.

Eventually, the heat got too high for even me to stand. I shut down the comments on both articles, then posted a summation where I didn’t even bother to leave them open.

Well, Meryl Yourish informs us that apparently those Mormons are at it again. Or, rather, still at it — they are STILL Mormons conducting their proxy baptisms of Jews killed in the Holocaust.

It’s officially against Church rules, but the Church isn’t really enforcing it. The article compares it to the 55-MPH speed limit that’s on the books, but everyone ignores and is almost never enforced.

On one level, it’s a supremely silly spat. Two groups are arguing about an absolutely abstract and pointless matter.

On the other hand, it’s a simple matter of respect. The Jews have said precisely why they are so bothered by the practice, and those are valid reasons. The Mormon Church needs to decide whether or not it wants to demonstrate its respect for the Jews and get its members to knock it off, or if their “obligation” to the deceased takes precedence over not insulting Jews around the world.

I hope they do the former. As I said, I generally like both groups, and I don’t like seeing them in conflict.

A heart that works for Baby Joy
Brief, bright and relevant 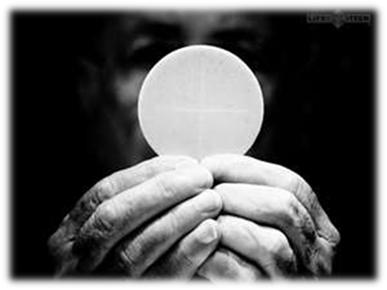