A lot of people are playing up Sarah Palin’s comments yesterday on Massachusetts freshman senator Scott Brown. While discussing the turmoil surrounding the Republican primary for the Senate seat currently held by Lisa Murkowski, Palin tossed out what many are calling a swipe at Brown:

“Perhaps they’re not going to look for such a hard-core constitutional conservative there, and they’re going to put up with Scott Brown and some of the antics there. But up here in Alaska, and so many places in the U.S. where we have a pioneering, independent spirit, and we have an expectation that our representatives in D.C. will respect the will of the people and the intelligence of the people. Well, up here, we wouldn’t stand for that.”

What the hell is wrong or inaccurate with that statement? I don’t know Alaska overly well, but I know Massachusetts all too well. And Palin is dead right. Alaska and Massachusetts are two different states.

Scott Brown might call himself a conservative, but he’s actually far more moderate. In fact, he’s awful close to being a liberal Republican.

But he represents Massachusetts, the bluest of the blue states. I would go so far to say that he’s about as conservative as Massachusetts is likely to elect now, or any time in the immediate future.

Brown might not be the best senator, there’s no disputing that. But he is the best senator we can expect to get out of Massachusetts. And he’s far, far better than pretty much any Democrat they would elect — look at the train wreck that was his opponent, Martha Coakley.

Massachusetts likes to bill itself as “the cradle of liberty.” Well, liberty outgrew that cradle a long time ago, packed up, and moved out. Some of its descendants ended up in Alaska.

Palin’s comment about Brown’s occasional forays off the conservative reservation might have been inartful, but it was accurate. And don’t forget that Palin helped Brown win his Senate seat — the seat filled for almost 50 years by the voluminous backside of Ted Kennedy.

Is Senator Scott Brown better for the nation than Ted Kennedy would have been? Yes.

Is Senator Scott Brown better for the nation than Martha Coakley would have been? Yes.

Is Senator Scott Brown better for the nation than pretty much any other Democrat who might challenge him for his seat this fall? Absolutely.

Would Scott Brown be utterly rejected by the voters of Alaska? Most likely.

Brown wasn’t a target of Palin’s. He was a convenient metaphor. Both of them — and their respective representatives — should just shrug this whole thing off.

Wizbang Weekend Caption Contest&trade
How Does It Feel? 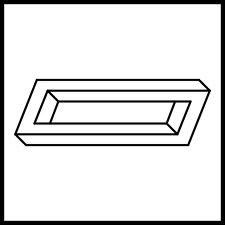