Home
Ground Zero Mosque
"Now, we are really all Israelis"

Phyllis Chesler has a piece up that resonates:

I did not think that the pro-Muslim/pro-Islamist and anti-Western propaganda could get any worse–and yet it just has.

TIME magazine has an August 30 cover story titled “Is America Islamophobic?” Within, the article is titled: “Islam in America: It’s part of the fabric of life, but protests reveal a growing hostility to the religion of Muslims.”

After years of denial, indifference, and anti-racist, multi-culturally relativist political correctness, Europeans and Americans are only now just waking up to what Israel has been living with for 63 years. Too little, too late, they are now trying to halt some of the Islamist practices which are crimes and are best described as Islamic gender and religious Apartheid.

When westerners protest Islamic Apartheid, they are demonized as “Islamophobes” and “racists.” This means that any resistance to aggressive Islamification is shamed and slandered. If that doesn’t work, physical intimidation and lawsuits (“lawfare”) follow.

Incredibly, the Western media and political establishment has taken the Islamist side. They confuse “Islamism” or “radical Islam” with the majority of silent Muslims who are too afraid to take on the Islamists, (or who agree with them), and with the small but precious number of Muslim and ex-Muslim dissidents, feminists, secularists, and moderates who do stand up to the Islamists but who are not consulted by western leaders or quoted in the Western media.

TIME magazine does not quote Ibn Warraq, Ayaan Hirsi Ali, Seyran Ates, Zeyno Baran, M. Zuhdi Jasser, Magdi Allam, Bassam Tibi, Khaled Abu Toameh, who are Muslims and ex-Muslims who have written major works against Islamism, and who have argued for human rights within Islam, including the right to leave Islam without risking death.

TIME magazine’s approach has also been adopted by the mainstream media in how they cover the controversy over the controversial mosque near Ground Zero. Those who oppose it are being called “bigots,” “racists,” and madmen, at least in the mainstream media. Those who defend it are seen as enlightened, tolerant “victims” whose religious freedom has been impinged. Just yesterday, Daisy Khan, Imam Feisel Abdul Rauf’s wife, claimed that the attacks have gone far beyond “Islamophobia” and are now in the realm of “discrimination against Jews.”

Next thing I expect to hear is that the “Zionists” are behind the discrimination against the “Jewish” Muslims.

Folks: Welcome to the Middle East in New York City. Now, we are really all Israelis.

Every word of Ms. Chesler’s post should be read by all.  Do you part and pass it on. 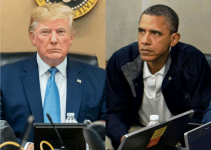