I’m not making this up, folks:

NJ Protect plans are available to those who have been without insurance for at least six months and submit evidence of pre-existing health conditions.

The state will receive $141 million in federal subsidies to cover claims that exceed the premiums paid by the beneficiaries.

… Two policies are available, with premiums ranging from $212 to $768 monthly, depending on age.

Ah, perhaps this is the problem. ObamaCare was supposed to be ‘free,’ or at least ‘affordable’ wasn’t it?

On Friday, Rush Limbaugh took a call from “Stacy,” who has called the program several times before, and who works as an analyst in the health insurance industry. “Stacy” explained many of the details of Georgia’s version of the ObamaCare pre-existing condition or “high risk” health plan, to Rush and his audience. Far from being free, the plan actually includes:

The minimum individual premium for the Georgia plan is $323 per month, or nearly $4000 annually. Tack on the $2500 deductible, and you’re looking at $6500 a year guaranteed health care costs, not including another $1200 out of pocket that you could pay as your 20% share of the next $6000 in medical costs.

Supporters of ObamaCare insisted that government-managed health plans were the only way to guarantee coverage and substantially reduce the “outrageous” and “completely unacceptable” insurance rates paid by high-risk insureds. About the only thing this insurance plan guarantees is very lackluster catastrophic insurance coverage, at rates similar to what high-risk patients already pay.

As far as affordability goes, for a patient with diabetes or a similar medical condition that requires a significant amount of regular medication, equipment, and doctor visits, the ObamaCare high-risk health plan is a disaster. I would venture to guess that most of the other state-sponsored/ObamaCare-mandated high risk insurance plans are similar to Georgia’s.

Those of us who tried to decipher what ObamaCare would actually deliver should not be surprised by any of this. But millions of Americans who thought that health care would be less expensive, easier to obtain, and higher quality as a result of Federal government involvement are about to be sorely disappointed.

One more thing, it remains to be seen how effective ‘government subsidies’ will be in helping insureds with out of pocked costs. My guess is that pharmacies and medical equipment suppliers will probably frown on government IOU’s in lieu of cash payments.

ADDED: I neglected to mention that under the current health care law, all Americans will be forced to purchase health insurance. If you have a preexisting condition, this is the kind of insurance plan — and its associated costs — that you will be required to participate in, under penalty of law. 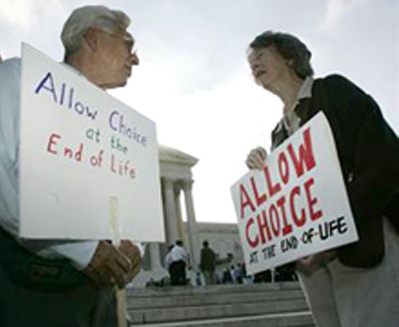