Home
Economics
If You Thought "Taxation Without Representation" Was Bad…

Just how bad is the California state budget? According to Doug Ross, they’re taxing people on income they have yet to receive.

Last year, to balance its books, California paid a bunch of people not in money, but IOUs that the state would make good at some vague, undefined date. (It hasn’t arrived yet.) But the state still needs money, so it’s demanding that the recipients pay income taxes on the money they’re owed — and, in some cases, fines for not paying it sooner.

Personally, I’d be tempted to make a photocopy of the IOU and send that to the California revenuers, with instructions to tear off and redeem 10% or whatever the effective tax rate would be.

This is so twisted, it can only have been conceived by a lawyer. “Yes, you didn’t actually get income, but you were granted something of value. That you can’t do anything with it other than wait for the state to make it good is irrelevant; you were given something of value, so you have to pay taxes on it. And no, you can’t pay with another IOU, and no, we won’t just deduct it from what we owe you — you have to pay us in real cash.”

This is beyond corrupt. This is downright insane. The state is, in essence, telling people that instead of being paid for work done on behalf of the state, they have to pay for the privilege. Simply being told that they are working for free, the state is actually demanding money from them.

There is currently a hotly-contested race to succeed Arnold Schwarzenegger as governor of California. After the winnowing of the primary, it’s pretty much down to Democrat Jerry Brown and Republican Meg Whitman.

Given the current state of the state, one has to wonder why in hell anyone would want to be in charge.

"Those Voices don't speak for the rest of US"
How close will the mosque to Ground Zero be? 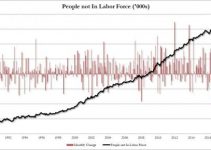