A friend of mine is in a bit of a jam. There’s not a hell of a lot I can do for him, except perhaps — perhaps — publicize his situation. And even that, he has been reluctant to authorize.

My friend (let’s call him “Sam”) works for his state. (No, I’m not going to name the state, or the agency. Not yet.) Not as an employee, though, but as a contractor. And Sam’s state is being extremely slow about paying his constantly-resubmitted bills.

To the tune of closing in on five figures.

Every time Sam mentions the money he’s due to the people who are supposed to authorize the check cutting, he gets a bit of a runaround — it’s been held up in the capitol, the person who needs to approve it is on vacation, the legislature’s imposed a freeze, and so on. In the meantime, though, would Sam mind taking on this assignment or that one?

I’ve been in a similar situation once, but in the private sector. And that case, I kept getting the runaround right up until the business folded.

That’s not going to happen here, though. The state isn’t going out of business. Nor are they about to shut down the department that uses (and uses and uses) Sam, and Sam’s one of their preferred contractors — he’s damned good at his job.

Now, Sam is tempted to tell the state to cram it, to quit and file a claim in court, or go public with his situation. But the truth is, the state work is a good chunk of his family’s income. (When the state bothers to pay). Further, there is limited demand for that kind of work in the private sector.

To me, the state workers know they have Sam over a barrel, and are giving him a thorough reaming.

How thorough a reaming? Sam’s behind in some tax payments to his state. He actually won a temporary reprieve when he demonstrated that the money he was owed dwarfed the debt, and got a state official to admit that yeah, it was wrong for the state to demand a couple of hundred bucks now while it was in hock to Sam for several grand. (They wouldn’t just take it off the balance due, though — different departments might as well be different universes.)

And it ain’t just Sam at the end of the boning. The state hires quite a few contractors to do these sorts of things, and they’ve gotten to know each other — and apparently the state is being very non-discriminating: nobody’s getting paid regularly.

It’s got me wondering if someone fairly high in the agency is trying to show how good they are at saving the state money that they’re cooking the books, “saving” money by just refusing to pay their bills. If so, I really, really hope it blows up in their face.

Now, recently, Sam mentioned that a neighbor of his is a member of his state’s legislature, and a friend. I suggested that a word or two about Sam’s predicament, whispered in the neighbor’s ear, might be appropriate. After all, the neighbor is supposed to be running the state, providing some oversight and protecting her constituents, and Sam’s case certainly applies here. And she’s supposed to be sensible enough to do this subtly, so Sam’s nominal bosses won’t retaliate against him.

In a remarkable coincidence, almost immediately after Sam talked with the neighbor, he got another promise from the state agency that his check would be cut this week, and delivered this Friday. (This might have been a bit too quick to have been the handiwork of Sam’s neighbor, though — the impression I got was that he’d gotten the word almost immediately after he’d talked with his elected representative.)

As I said, there isn’t a hell of a lot I can do to help Sam. But his story struck me as the kind of thing that might be happening in a lot of other states, and prompt those getting boned by their state to start pushing back. Also, some of you folks might have some suggestions for Sam.

Finally, if this latest “the check is in the mail” promise also falls through and Sam’s state rep can’t get Sam his money, I have the option of naming names — publicizing that State X’s Department of X isn’t paying its bills, and e-mailing that information to the newspapers and TV stations and radio stations in State X.

I don’t wanna do that, though. Too much chance of getting Sam informally blackballed.

So, any thoughts from you folks? Anything else you think Sam could do to get what he’s owed, without risking future assignments? Or feeling motivated to see if your own state is trying to balance its books by not bothering to pay its bills?

In Yo Face!
A commercial selling truth 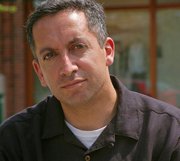