3) (iwogisdead) – “President Obama is seen testing “Porta-Prompt,” the new portable teleprompter he will be using for conversations with groups of fewer than four people.“

The Readers Choice Award this week was a tie (or rather it was at the time I compiled the rankings) and goes to:

(Stephen Macklin) – “In the old days, puppets were controlled with strings.” 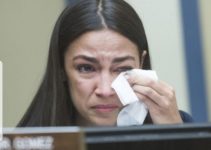