When Barack Obama and the Democrats in Congress passed ObamaCare, it was not only done in the face of the vociferous outrage of the American people, but its passage also made purchasing a product or service a requirement for living in the United States.

Almost immediately after Barack Obama signed ObamaCare into law, which was made possible only with Bart Stupak betraying his constituents, Virginia filed its challenge in federal court.

While it is tempting to start celebrating U.S. District Judge Henry Hudson’s decision in the streets, the facts of the case have not yet been argued in court. It is nonetheless encouraging that Judge Hudson believed that Virginia Attorney General Ken Cuccinelli’s argument that the law was an extraordinary and aggressive expansion of federal power over the states has merit and should be argued in court.

The state of Virginia can continue its lawsuit to stop the nation’s new health care law from taking effect, a federal judge ruled Monday.

U.S. District Court Judge Henry Hudson said he is allowing the suit against the U.S. government to proceed, saying no court has ever ruled on whether it’s constitutional to require Americans to purchase a product.

“While this case raises a host of complex constitutional issues, all seem to distill to the single question of whether or not Congress has the power to regulate — and tax — a citizen’s decision not to participate in interstate commerce,” Hudson wrote in a 32-page decision.

“Given the presence of some authority arguably supporting the theory underlying each side’s position, this court cannot conclude at this stage that the complaint fails to state a cause of action,” he wrote.

The decision is a small step, but in no way a minor matter to opponents of the health care bill rejected by all congressional Republicans but signed into law by President Obama earlier this year.

Virginia Attorney General Ken Cuccinelli sees significance in an observation by Judge Hudson, noting that “the Court recognized that the federal health care law and its associated penalty were literally unprecedented,” Cuccinelli said.

“Specifically, the Court wrote that ‘[n]o reported case from any federal appellate court has extended the Commerce Clause or Tax Clause to include the regulation of a person’s decision not to purchase a product, notwithstanding its effect on interstate commerce.'”

The Virginia AG added that “this lawsuit is not about health care, it’s about our freedom and about standing up and calling on the federal government to follow the ultimate law of the land – the Constitution.”

For that reason, he said, “the government cannot draft an unwilling citizen into commerce just so it can regulate him under the Commerce Clause.”

That last sentence sums up ObamaCare perfectly. If the Democrats’ new “require and regulate” tactic is allowed to stand, it will be used in other areas of the economy to regulate the American people back to the stone age, reducing everyone to nothing more than serfs who exist for the sole purpose of sustaining the government’s power over them.

What We Really Can't Afford Is This Kind Of Thinking
I like my Attorney General
Tags:Commerce Clause, Ken Cuccinelli, obamacare, Virginia 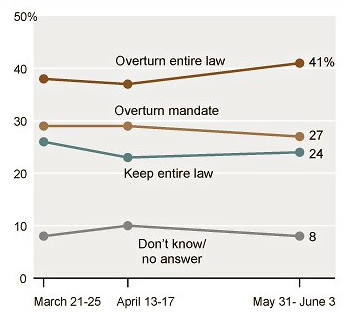