As you know by now, there is a proposal to build a Mosque just two blocks away from the ruins of Ground Zero. While the majority of Muslims are not radical, the Twin Towers and three thousand men, women, and children were murdered in the name of Islam. Is a Mosque, by itself, offensive to the memories of the fallen? Perhaps, but I believe, through simple common sense, that the Manhattan Islamic house of worship is being proposed with an ulterior motive.

Let me begin this with statement: I do not believe those in favor of the Mosque are in favor of terrorism, per se. Are they proposing the Mosque to laud 9/11 over New Yorkers? I doubt that as well. However, there seems to be fishy things going on underneath the surface.

Imam Feisal Abdul Rauf, the man who is the driving force behind the Mosque, has an odd/shady background, which Hot Air reported on here. Mr. Rauf is associated with Mahathir Mohamad, an outspoken 9/11 truther and anti-Semite. Mahathir Mohamad said, quote, “There is strong evidence that the attacks were staged. If they can make Avatar, they can make anything.” With these connections to the Mosque, it is understandable to be weary of such a project.

Now, play along with me so I can make a point. Suppose a friend of yours just lost his job and got a divorce, okay? The thing is, his boss took his wife and then fired him. Got it? So let’s say you are trying to cheer him up… say you decide throw him a party. The thing is, you intended to invite your boss to the gathering. Your pal is upset, though, because your boss reminds him of the boss that canned him and took his sweetheart. Now, you know that not all bosses are evil, but are you really going to force your friend to interact with your boss, even though you know that it will really bother him? Of course you wouldn’t.

And that’s the thing. Not all Muslims are bad people, but if the families of the victims of 9/11 don’t want a Mosque two blocks away from Ground Zero, who can blame them? If you are throwing a party for your friend to cheer him up, why force him to deal with your boss? If you are building a Mosque to simply worship God, why does it have to be near Ground Zero? The fact that Imam Rauf and his followers are trying to force this Mosque, utterly disregarding the feelings of the victims’ families, screams that there is an ulterior motive here.

Furthermore, there has been absolutely no explanation as to why this Mosque must be built here, so close to Ground Zero. Why can’t it be ten blocks away, or twenty? Is a location so close to the ruins the only place in Manhattan where they can build it? Surely Mr. Rauf knew of the uproar it would cause.

These things, the force and disregard for feelings, the lack of explanation, and so forth, tell me that there is an ulterior motive behind this Mosque. What it is, I am not sure.

*Cross-posted at Jumping in Pools

Is the Washington Post sabotaging US intelligence efforts?
Outsourcing, And The Dangers Thereof
Tags:9/11, islam, Mosque 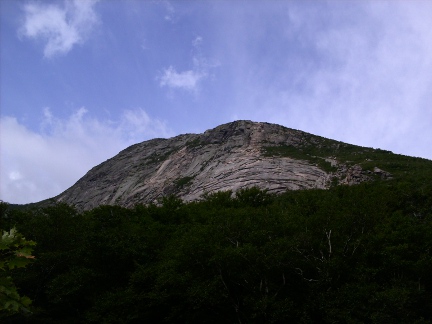