What in the hell is wrong with Nevada voters? Harry Reid is only behind Sharron Angle by three points when he should be in the single digits. Are Nevadans actually considering sending that corrupt creep back to the US Senate?

Senate Majority Leader Harry Reid is creeping forward and now is nearly tied with Republican Sharron Angle in his bid for reelection in Nevada.

The latest Rasmussen Reports telephone survey of Likely Voters in Nevada finds Angle with 46% support, while Reid earns 43% of the vote. Six percent (6%) like some other candidate in the race, and five percent (5%) remain undecided.

This is Reid’s best showing all year and follows a visit by President Obama to the state to help his campaign.

At this point in a campaign, Rasmussen Reports considers the number of people with a strong opinion more significant than the total favorable/unfavorable numbers.

Harry Reid should lose the election on principle alone for insisting that there there no illegals working anywhere in Nevada. Riiight.

Update: Legal Insurrection has been following the sleazy political tricks that the Reid campaign has been using against Sharron Angle. Are the Nevada voters so dumb that they would fall for these lies and smears after having seen all that Reid has done in the Senate? Do they not remember how he stabbed our troops and our nation in the back when he said, “the Iraq war is lost” 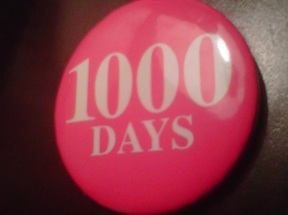