2) (JPO) – “It becomes a little clearer why Slick Willie was such a big proponent of ‘Don’t ask, don’t tell.’“

3) (fustian) – “I was hoping to get my vuvuzela polished, if you catch my drift!“

6) (jbwbubba) – “That’s a relief, they said a real ball striker wanted to have a beer; I thought Hillary had showed up.“

The Kleagle Has Landed (In Hell)
I've Got A Little List... 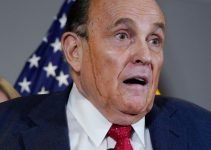