Elections are primarily driven by the Economy. For all the grand speeches and important issues, every election starts and depends most on the voters’ sense of their welfare. This observation led directly to the subsequent observation that the United States would exist as a free and functioning nation only up to the point that Congress began buying elections by promising voters they could have whatever they wanted at someone else’s expense. The arguments between the major parties have generally been built on the accusation by one party that the other does not care about the average American, but is hurting the nation to benefit a few. Some of these charges have been true, but more often this claim is not true, even where the intent of the action is such. Economics is like weather, in that you can understand some of what is going on, but never to the point that you can precisely predict what it will do, and claiming to control the economy is as laughable as the king in the fable who imagined he could command the waves to stop.

The present economic condition is a prime example. The Democrats in general and President Obama in particular, have discovered all too late a political liability in the continuing unemployment figures. As the possibility of losing control of the House and Senate has crept towards probability, the Democrats have finally begun to consider how to address the problems their own policies made. This is not to say that the initial recession was their doing; recessions happen from time to time, and a review of the past shows that neither Republicans nor Democrats have been able to prevent their occurrence. However, it is possible to reduce the length and severity of a recession sometimes, and to make it worse as well. The best example of this would be the Great Depression, a serious recession made worse by the foolish policies of both President Hoover and President Roosevelt (each chose an extreme solution that led to unintended consequences) The mistakes made by Hoover were built on the assumption that government did not need to do anything, while Roosevelt’s mistake was that anything government did would help. It seems likely to me that Barack Obama sees a parallel between himself and FDR (and he likely considers his predecessor as a new version of Hoover, as well), and hopes to enjoy the same political dominance that Roosevelt held. The problem here, is that FDR served in government for a long time before he became President of the United States, including time as Governor of New York, which presents issues in rather large scale for an executive, so FDR had relevant experience which helped him recognize blunders and redirect his efforts.

President Obama inherited a recession, this is true. However, the recession was relatively mild, and most economists (the serious ones, not the ones who chase television stations and go hunting for book deals) say the recession itself actually ended earlier this year. The problem is that the jobs never came back, and we have to ask why. For that, we go back to the Depression era. The Depression is not often examined carefully for cause. Most people assume it was due to the stock market crash of 1929, but if so you would have to ask why. The value of a stock is subjective but does not directly change substance. If the price of a stock drops, say 25%, does that mean the company now has 25% fewer jobs, or that 25% of its sales orders have been cancelled? Not directly, no. The effect of a change in the stock market, then, is tied to the financial structure of the company’s relationship with creditors and its banks, but more directly it influences confidence. If a single company loses 25% of its stock price while its competitors maintain their value, then the public is likely to perceive that company as less stable and weaker, and that loss of confidence will cost it new orders and cause the company to cut costs. When a whole industry loses stock value, the effect is magnified subjectively even though the company is still level with its competitors; if the public believes the industry is sound it will continue to support it, but if they lose confidence the entire industry will suffer.

[ continued below the fold ]

The present economic condition was created through three principle causes – the housing market bubble burst, the financial market crisis from CDOs, and stagnant strategy from the U.S. government. The job loss was due at first directly to the first two causes, and has not recovered due to the third. The housing market crisis is the first cause, because most Americans consider their home their primary financial investment – if the house loses value, then their investments are not safe and they cannot count on any system for financial security. This leads directly to reduced spending on luxuries and discretionary costs, like going to restaurants or taking family trips to places like Disney World. It also means keeping old cars longer before buying a new one, not buying clothes and appliances if that can be put off, and in general an economic slowdown. If consumers stop buying, the economy slows, and that is too strong a force to ignore or imagine that government can control. It should be noted at this point, that nothing done by the Obama Administration has been directed at improving consumer confidence. What improvement has occurred, has happened in spite of his policies.

The problem in restoring jobs, is that this needs corporate confidence, the buy-in by business owners at all levels to the concept that they will profit by hiring more people, and by increasing wages to keep their key employees. When the economy begins to fail, companies begin cutting costs and one of the most controllable costs for companies is payroll. Hours are cut, wages are frozen or cut, and in many cases a sustained economic downturn leads to layoffs. In every case, however, a weaker economy means less job growth and people find themselves displaced. While governments are quick to condemn layoffs, outsourcing and other measures which increase unemployment, those actions happen for economic reasons and will end only when the conditions are addressed which caused them. To bring jobs back, business owners and boards of directors must be convinced that they can afford to do so, and that there are sales increases to justify the increased expense. When government actions threaten higher taxes, obstruction of business opportunity, penalties for apparent political orientation or simply being a target for a politician’s campaign strategy, businesses will choose to avoid the risk and control costs.

There are three driving forces at work in the present situation regarding unemployment. The first is the obvious fact that President Obama’s actions have ignored unemployment, or made conditions worse by attacking major potential employers. The second is that Republicans, sensing significant opportunity in the fall midterm elections and bitter about the contemptible treatment they have received from the most partisan President since Nixon, have for the most part decided to let Obama and the Democrats receive the due consequences of their decision. And the third force is the nature of the economy itself. The American economy in general has been shifting from manufacturing to service for decades, and we are now seeing the effects of that transition in the lack of ability of many workers to transition to the new demand.

The most recent bill of debate has been the option to extend the amount of unemployment benefits. Those in favor of the bill argue for it on compassionate grounds, while those against it observe that extending those benefits will not help the majority of unemployed, will not help the underemployed at all, and the bill does nothing to improve employment conditions. In fact, since employers will bear part of the cost of extended benefits, such a bill increases costs for employers and therefore further reduces the opportunity for companies to hire new employees. The bill then is largely superficial in effect, and may be said to do more harm than good to the nation as a whole.

The argument has also been put forward that government money should be used to help the unemployed, but that argument fails on principle. Money has to come from someplace, and so benefits paid by government agencies must come from public revenues through the government bureaucracy, and so the amount provided to beneficiaries will be significantly less than the amount taken from the public to provide those benefits; holistically the government action is parasitic and does more harm than good by definition. The action is morally valid only to the extent that something should be done for a limited time to reduce the difficulties which unemployed workers suffer, but the focus must always be on the limited and temporary nature of such benefits, in order to create incentive for the unemployed person to find a new position. The most effective incentive will always be the knowledge that the safety net is not permanent, not comfortable. I speak from personal knowledge, having been on unemployment in the past and all too aware that the clock was running. It’s not enjoyable or an experience I would recommend to anyone, but even so the limit to duration and amount is important and valid.

Finally, it is important to consider the role of different bodies in the use of governmental power. Neither liberals or conservatives, Republicans nor Democrats, enjoy perfect knowledge of how government should operate in all cases and situations. It is therefore vital for a discussion, even debate, to continue on specific actions the government may take or consider, in ever aspect of the public welfare. We should be able to agree that as situations change, perspectives on all the major issues develop from former positions to more considered or sometimes evolved opinions. Accordingly, for all the strong emotion present in our debates, it is important to listen to the other side and consider what they offer. Even if rejected, the dialogue and respectful consideration of alternatives is a quality much in need and short in supply.

"Why don't you say something nice instead of being a smartass all the time"
With Friends Like These... 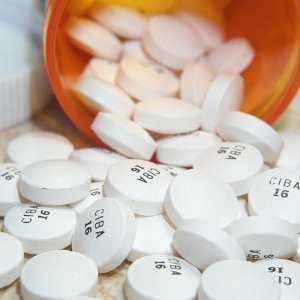