Well no wonder Barack Obama’s Tuesday address has been widely panned. You people are just too stupid. So says CNN:

President Obama’s speech on the gulf oil disaster may have gone over the heads of many in his audience, according to an analysis of the 18-minute talk released Wednesday.

Tuesday night’s speech from the Oval Office of the White House was written to a 9.8 grade level, said Paul J.J. Payack, president of Global Language Monitor. The Austin, Texas-based company analyzes and catalogues trends in word usage and word choice and their impact on culture.

Though the president used slightly less than four sentences per paragraph, his 19.8 words per sentence “added some difficulty for his target audience,” Payack said.See? All the talk about failing to show leadership and using the crisis to push a climate bill is just white noise from a bunch of drooling, knuckle dragging reprobates that couldn’t easily digest Obama’s meaty brilliance.

Obama’s nearly 10th-grade-level rating was the highest of any of his major speeches and well above the Grade 7.4 of his 2008 “Yes, we can” victory speech, which many consider his best effort, Payack said.

Ah yes, who doesn’t remember his melodious Bob the Builder epic from 2008? But isn’t “I know Bush is but what am I?” closer to the kindergarten level?

Don't ask Mickey Kaus if he had fun
Score One For The Good Guys -- In Massachusetts?!!??! 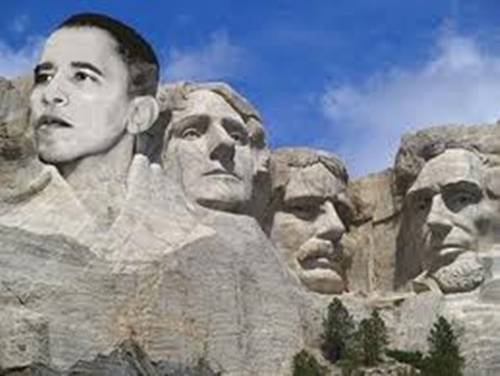