66 years. If you think about it, it really wasn’t that long ago.

General Dwight D. Eisenhower, Supreme Allied Commander, visited with an airborne unit shortly before the operation took place, in an effort to rouse spirits, talking with some of the men who he was about to send into battle.

As he left, he broke down into tears, knowing most would not survive.

I’ve become captivated by documentaries about World War II. Seeing how it all started. Marveling at just how brave, and scared, the men must have been.

No matter what happened, and what they were faced with, they just pushed on through an unimaginable horror. Fighting, dying, experiencing feelings that are impossible to comprehend.

I’ve heard many times that, for those who fought in WWII, they almost universally don’t talk about what they endured. Sort of an unspoken rule, or maybe they’d just rather keep it to themselves, like their own private memorial to the ones who fell along side them. Those that didn’t make it.

As the years pass, there are less of them left. Each a departing piece of history, leaving their own legacy, hopefully to be remembered by others.

No matter where you may be, whether at home, on the computer, with your family, or abroad performing your own acts of bravery, today is solemn.

The book of history is written everyday. Some days, the pages take on a little more meaning. 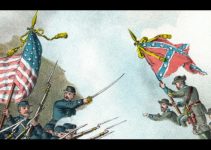