The primary elections in Kentucky, Arkansas, Pennsylvania and Oregon will be fascinating to watch. A few thoughts on the races I find most interesting:

Pennsylvania Democratic Senate Primary: Sestak versus Specter is a classic for many reasons. Sestak is attacking from the Left with the support of the Party’s far left wing. Specter is selling seniority in the Senate. This race has a schadenfreude element to it because shunned Republicans, many of whom went way out on a limb to support Specter six years ago were burned when the liberal Republican switched parties last year and did a “Jeffords“. I think Specter deserves retirement and dinner with the real victims of the Unicorn (if you don’t get it, look it up). I know, that’s a little harsh, but for this RINO that has caused such damage to the conservative movement and then sold them out at the height of Obamania some reality would do him some good.

PA-12, the Murtha Seat: I respect John Murtha because he was a Marine. From time to time he was a valuable ally of our military in Congress. After he left the Corps he lost his way. Enough said. In PA-12 Republican businessman Tim Burns faces former Murtha aide Democrat Mark Critz. This is a very tight race in a district controlled by Democrats for forever. It’s a referendum on Obama, Pelosi, Reid and earmarks. It’s a referendum on the insidious influence of defense contractors that lined the pockets of Murtha’s former staff members and friends. It’s a referendum on untraceable phantom donors.

Prediction: Burns by less than half a point.

Kentucky Republican Senate Primary: Trey Grayson versus Rand Paul. This is easily the most interesting race of the day because it pits an establishment Republican with a mountain of money and political power against a relative unknown that has as his greatest political asset a famous father. Trey Grayson is the Kentucky Secretary of State and is backed by Mitch McConnell. That in itself would be a ticket to success in Kentucky politics because Senator Mitch McConnell wields enormous political power nationwide given his control over vast Republican financial resources.

Rand Paul is a Bowling Green, Kentucky ophthalmologist with no significant political experience.

The differences in their campaign came into focus when Grayson failed to grasp the power of the Tea Party movement last year, perhaps because he is perceived as an establishment blue blood Republican, a species remarkably similar to a RINO. His opponent Rand Paul immediately embraced the nascent movement and has benefitted from their momentum for months. So in Kentucky the candidate endorsed by Rudi Giuliani, Dick Cheney and Mitch McConnell finds himself trailing today by eighteen points to a candidate endorsed by Sarah Palin and South Carolina Senator Jim DeMint. Here is one of two possible reasons as to how Grayson lost his chances to win in spite of the considerable advantages he enjoyed early in the campaign:

The Grayson strategy was to tie Paul to the “truther” movement that holds that Sept. 11 was an act of mass murder perpetrated by the Bush administration.

Kentucky is a state of 4.3 million people that boasts more than 400,000 veterans and 36,000 active-duty military members on two big bases: the elite 101st Airborne Division at Fort Campbell and the army’s tank training center at Fort Knox. [Ed. Note: it is no longer an armor training base]

But Paul hit back hard. His response ad used images from the Sept. 11 attacks and said “fighting back was the right thing to do.” He then spoke directly to Grayson, saying “your shameful TV ad is a lie, and it dishonors you.”

His message on the stump was that he wanted America have the most powerful military in the world as a deterrent to our enemies, not to be a policeman or a community organizer to failed nations.

It’s the same message that worked for candidate George W. Bush in 2000 and a common thread of conservative foreign policy until Bush embraced an interventionist approach after 9/11.
Grayson’s slimy ad and Paul’s rejoinder helped Paul get the endorsement of Sarah Palin and the man he seeks to replace, retiring Sen. Jim Bunning.

For the political and news junkies (myself included) there is another aspect of Grayson’s background that hurt the candidate: he is fickle and untrustworthy from a political standpoint and prominent Republicans in Kentucky were quick to pick up on this. Kentucky Democratic Governor Steve Beshear’s predecessor, Republican Governor Ernie Fletcher ( a former Congressman from the district now represented by Democrat Ben Chandler), was ambushed by Democrat Attorney General Greg Stumbo on a political patronage scandal investigation. During the investigation then Republican Secretary of State Trey Grayson, perhaps sensing Fletcher’s weakness, opportunistically attacked the Republican governor in a widely publicized political forum known as Fancy Farm. This act of betrayal may have delivered, four years after the fact, more votes to Rand Paul than any policy position the latter has espoused. But it is a reminder, just as with fair weather RINO’s like Pennsylvanian Arlen Specter, that voters are paying closer attention in these days of Obamania.

The biggest question after tomorrow’s elections will be when and if the elite media will dispense with the theme of anti-incumbency and drill in on the anti-Obama/Pelosi/Reid sentiment that is driving voter turn out.

Tuesday is Election Day for many of you. Please vote. 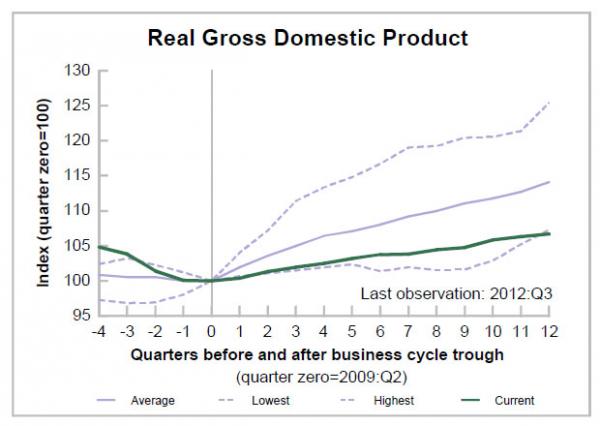