Over at Big Journalism, Archy Cary has been following the case against the “Hutaree Militia.”

You remember them — those far-right-wing Christian extremist gun nuts who were busted recently for planning to kill police in Michigan as part of a plot to trigger a violent revolution that would sweep the nation.

Yeah, that was real likely.

Anyway, the feds swept up nine members and started issuing press releases like they were being fired from an automatic weapon.

Well, the Hutaree nutjobs are getting their day in court… and it is NOT going well for the prosecutors.

Thus far, the judge has declared that the charged Hutaree Hooligans are neither flight risks nor dangers to the general public, chewed out the lead FBI agent in charge of the case, and stated that unless the government can come up with something more substantive than “they said bad things about the government and other people,” she’s going to set bail for them.

Cary’s concluding question is an interesting — and disturbing — one:

Here’s the question the MSM needs to ask, but won’t: Was this flamboyant raid primarily driven by political rather than law enforcement motives?

Was the arrest of the Hutaree militia Attorney General Eric Holder’s effort to manufacture an imminent right-wing extremist threat for political purposes?

Gee, the government going after some right-wing nut on very slim or questionable grounds? Can’t imagine that happening.

Especially a new Democratic administration wanting to show it was “tough on crime” and wanting to show that it would take a hard line against right-wing religious extremists? Absolutely inconceivable.

It’s not until you start ACTING crazy that the law has any business getting involved. 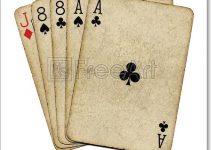