This week’s Weekend Caption Contest™ was another monster hit. There were many, many excellent captions that failed to make the top 6, including variations on the obvious, “Yes.” The assignment this week was to caption the following picture: 3) (P. Bunyan) – “Yes we miss you, but we won’t forget you– Obama keeps bringing you up in every speech he makes.“

5) (IowaRight) – “The ditch just past the sign is filled with four Toyota Prius’s, 3 Volvo Wagons, a Segway, half a dozen Bicycles and some kind of vegetable-oil-powered VW Mini Bus…“

6) (Baron Von Ottomatic) – “After one year of Obama you could put Jimmy Carter’s picture up there and I’d still say, ‘Hell yes!’“

(DJ Drummond) – “Not right-wing enough for some,
too right-wing for others,
but the right man for his time and country.” 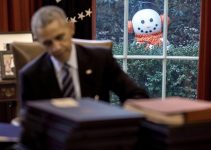 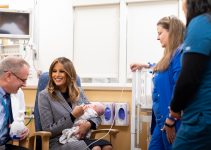