Now that the question of losing the Senate is out in the open it would be logical to assume that the Democrats and the Obama administration (once known as the master of delivering the message from Cairo to Berlin to Washington) would sharpen their rhetoric and reposition their policy as Bill Clinton did after he was handed his comeuppance in 1994. But no, what we continue to hear from President Obama’s administration is another barrage against the evils of supporting the economy of Las Vegas, a Chief of Staff that refers to moderates in his own Party as “f—–g retards” mere months after his boss joked about the Special Olympics on Letterman, and brain dead Transportation Secretary Ray Lahood who told Toyota owners to take their cars back to the dealerships:

In testimony on Capitol Hill, LaHood was asked what he would tell Toyota owners. He replied: “My advice is: If anybody owns one of these vehicles, stop driving it, take it to a Toyota dealer because they believe they have the fix for it.”

The comment sent Toyota shares into a 7 percent dive on Wall Street and LaHood scrambled to backtrack from his statement moments later in comments to reporters after the hearing.

Does it take a political genius to figure out how that comment played in the many communities in the U S where Toyota is a major employer? During a time of record unemployment? (Which, by the way, was understated last year by approximately 800,000 unemployed according to this Bloomberg report)

These are signs of a political Party in the throes of what could only be described as clinical withdrawal. Democrats (like Blanche Lincoln) are swinging wildly at any target (like terrorists) now that the source of their every political fix has been found to be a fake, a pretender and wholly incompetent. Exhibit A is the ObamaBudgetBomb dropped this week. Any political observer of the past three “plebiscites” (Virginia, New Jersey and Massachusetts) would conclude that there is unrest among the electorate about the economy and national security. So what do we have served up by the Obama White House amidst this unrest? A budget that projects deficits and borrowings that actually startle all classes of Americans, many of whom do not need a degree in finance or economics to ask the simple question: Where are we going to find this money that the government wants to spend? The Obama administration and Congress simply haven’t grasped that Americans at least tacitly understand that even global capital markets cannot absorb this amount of borrowing by the federal government.

The invented Chinese curse that “May you live in interesting times” is having the dual effect of galvanizing an electorate even as their elected leaders ignore them, careening off in different directions. The irony of a Barack Obama lecturing Americans about thrift while Nancy Pelosi operates a party plane flying from coast to coast is not lost on an already energized electorate. What we are witnessing is the recalibration (to use our President’s choice of words) of the term “clueless”. 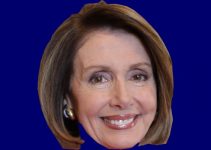