We learn via Gates of Vienna of yet another fatwa:

Wearing elaborate hairdos and being photographed before one’s wedding are haram, against the Islamic religion and morality. Two all-female educational institutions (pesantren) issued a fatwa to that effect. In doing so, they add more fuel to an already heated debate over bans. In fact, a ban has been imposed on smoking in public places and on women wearing tight jeans or travelling on motorbikes.

The controversial ruling on women’s hairdos comes from the All-Girl Islamic Educational Institutions Forum of East Java Province. Fussing over one’s hair, getting a perm, having one’s hair curled too much or coloured are deemed “morally illicit” and contrary to the principles of Islam.

Premarital photos are also condemned as haram because they favour “extra-marital relations”, and give photographs the opportunity to retouch female bodies to show them in storefronts in order to “attract new customers”.

The fatwa was issued during 12th Female Bahtsul Masail Forum held at the Lirboyo pesantren in Kediri (East Java). Its purpose, activists believe, is to preserve the “purity” of marriage between bride and groom by helping them avoid morally unacceptable behaviour.

Iswatun Hasanah, who chairs the forum, said that the ruling was “to prevent extra-marital relations” before the marriage, and applies to bride and groom, photographers, clothes designers and make-up artists. Physical contacts during photo shoots, kissing on the lips, walking hand in hand are unacceptable behaviours because” the people involved “are not yet married.”

Photographers are guilty of accentuating the “sensuality” of their subjects and of manipulating the pictures shown in public in order to attract new customers.

Given this piece as context, and the countless others chronicling the subjugation of women in Islam, these recent words by Nicholas Kristof, New York Time columnist, are, shall we say, most interesting:

Our take is that Muhammad himself was quite open-minded about women, and his youngest wife, Aisha, was arguably the first Islamic feminist. But Aisha lost a military battle against her rivals, and they cracked down on women and set the stage for more conservative interpretations of the role of women.

That is quite a soft peddling of the Aisha story, one where some historians paint her as being 9 years old when the 53 year old Muhammad took her to be his wife… but let’s not let that historical perspective get in the way of a good moral equivalence meme.

Likewise in Christianity, Jesus seems to have been quite respectful of women. But church elders retrenched and adopted an ideology to reduce the role of women in the young church (famously reinterpreting Mary Magdalen as a prostitute). Saint Paul probably was not quite the misogynist that he is sometimes portrayed, for the most chauvinist statements attributed to him are believed by scholars to have been inserted by later scribes or editors. But the church as a whole seems to have been disparaging of women in a way that Jesus was not.

You get the drift now?  Muhammed respected women, Jesus did the same… Christianity subjugates women… Islam does the same…  the founders of each of these faiths are pristine, it’s her followers that have completely misconstrued the faith’s tenets towards women…

So when stories hit the wires of Islamic oppression of females, the educated elite and today’s feminist movement are allowed to look the other way… after all, Christianity is equally oppressive.

Your lesson of the day on liberalism.

Experiences In Retail Politics: Exchanges High For Democrats
How the Massachusetts Democrats can Cheat Their Way to a Coakley Victory 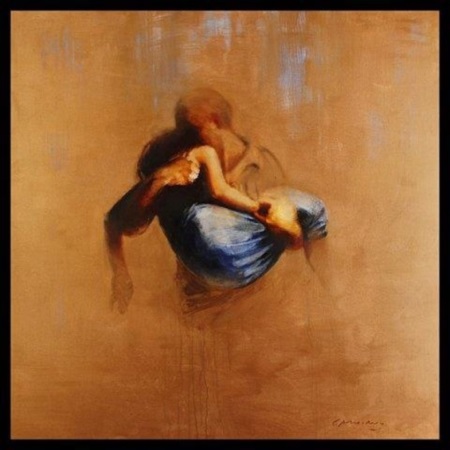