Home
Energy
In The Tank

With gasoline prices once again approaching $3.00 per gallon, you’d think public outcry over the rise would be at a fevered pitch.

You’d think that politicians, pundits, and citizenry alike would be frothing at the mouth, claiming that the president is nothing more than a puppet for the middle east oil regimes.

You’d think that people would be in hysterics, accusing the president of sleeping with the oil industry and their lobbyists.

The silent acceptance of the rising price of gasoline just goes to show another line in the list of double standards pertaining to coverage of and criticism which has been and continues to be levied at President Bush.

Just another example of the main stream media purposefully ignoring a politically volatile situation for The One. Bush was bludgeoned for rising gas prices while president, with charges of lining pockets of his “oil buddies” in the U.S. oil industry to exploiting media-driven phantom ties with the likes of the Saudi royal family.

The media will not allow Obama to be criticized for energy prices spiking, since most or its members are so far aligned with the global warming crowd, they believe higher gas prices will lead to forced action upon the American people to participate in the “Green energy” movement.

They have finally propped up an ally in the White House who shares the same warped vision as they do, and they will not participate in the type of destructive demagoguery in which they demonized George Bush.

True to form, attacks on Obama’s handling of the economy, jobs, energy, and national security have been, if not non-existent, purposefully mis-directed . Perpetuation of the United States as a global behemoth consuming and destroying the world in its quest for an undeserving lifestyle will walk hand in hand with a President who has the exact same opinion.

While the root of the nation’s ills continue to be labeled as by-products of George Bush and his administration, the ruling class and their complicit media hacks march right past the calculated and purposeful destruction of America’s inherent right to progress. 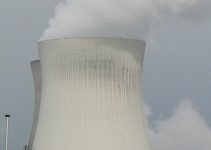