It’s tough to believe but this should paint the picture:

In my last several columns, I have tried to be brutally honest about the nature and character of President Obama’s foreign policy decisions and the health care reform he supports. While I considered myself a clear-eyed realist about our new president, it is apparent now that my optimism for both the domestic and foreign policy decisions we could expect from him was clouded by several factors that I did not fully appreciate.
Part of my problem was that my hope for Obama as a transformational president and my joy at being rid of Bush (who I saw as an illegitimate president brought to power by a partisan Supreme Court) got in the way of my realism, but there were other factors as well.

Looking through my computer files of the last year, I came across some unedited verses I wrote about Barack Obama’s election in early December 2008. They are cautious, but insufficiently skeptical-

“A historic reversal,” some might call it.
We have a new captain of the ship.
A new overseer.
A new foreman.
A new conductor.
A new captain.

Dare I call him a new guide, a pathfinder, a trailblazer, a pioneer.
We hope he is all this and more.

Look at him and see the original inhabitants of this land.
See the slaves, the indentured servants, the workers.

See the folly of the not-so-wise.
Those who took the lives of the willing and unwilling.
Who, as the poet said,
“played with the world like it was their little toy.”

This time, this time, we hope that we have a grown-up in charge.
A new guide, a pathfinder, a trailblazer, a pioneer.
Someone who will find a new north star.
Who will not let our dream become a “raisin in the sun.”
Someone whose blossoming will signal the renewal of America’s promise.

I expected too much of Barack Obama and I should have known better. By the time the primaries of 2008 got to Texas, the Republicans offered me no one to support, so I voted in the Democratic Party primary. I chose Obama over Hillary Clinton because I saw her election as installing just another neoliberal administration like that of her husband’s (his nomination in 1992 was what caused me to break with the Democratic Party and become an independent). I failed to absorb opinions I had read and sent to friends that presaged the same neoliberalism that now characterizes the Obama administration.

Read the rest… and be afraid. There are those more radical than Obama who are upset that he hasn’t veered to the left far enough… this after veering so far left he’s literally off the highway.

The bottom line is that not all who are seen as opposing this President are those who might agree with conservatives.

This country is headed toward civil war… I can come to no other conclusion. 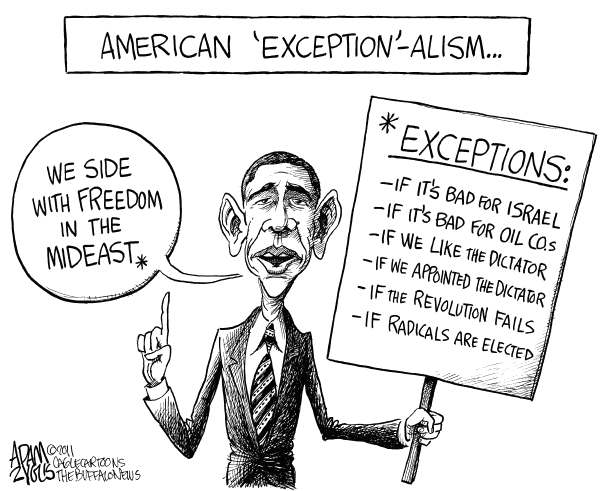