Home
Global Warming
"We'll be the victims of irrational ideology" “I’m convinced that after years of studying the phenomenon, global warming is not the real issue of temperature,” said Klaus, an economist by training. “That is the issue of a new ideology or a new religion. A religion of climate change or a religion of global warming. This is a religion which tells us that the people are responsible for the current, very small increase in temperatures. And they should be punished.”

Klaus, the second president of the Czech Republic since the fall of communism, is often called the Margaret Thatcher of Central Europe. In the interview, he sounded more like Winston Churchill, vowing to defend liberty and freedom from those who would restrain global economic growth.

“I’m absolutely convinced that the very small global warming we are experiencing is the result of natural causes,” Klaus told FoxNews.com. “It’s a cyclical phenomenon in the history of the Earth. The role of man is very small, almost negligible.”

Klaus says that many interested parties get “a lot of money and influence” by backing the idea of global warming and organizing the Copenhagen conference, as well as its predecessor the Kyoto conference. “Some of them are really just rent seekers who hope to get some money either for their businesses or for their countries,” says Klaus. “Some of them are really true believers.”

The president reckons that environmentalism, executed on the scale suggested by global warming adherents, is a “real way to stop progress, industrial progress…and this is something unfair.”

Klaus fears that turning global warming into binding law would impede civilization as we know it.

“We’ll be the victims of irrational ideology. They will try to dictate to us how to live, what to do, how to behave,” Klaus said. “What to eat, travel, and what my children should have. This is something that we who lived in the communist era for most of our lives — we still feel very strongly about. We are very sensitive in this respect. And we feel various similarities in their way of arguing or not arguing. In the way of pushing ahead ideas regardless of rational counter-arguments.”

Klaus thinks that the world’s “silent majority” would agree with his position on global warming. “I’m so sorry that Al Gore and others around the IPCC succeeded in influencing so many people,” he said.

He worries that schoolchildren around the world are being fed global warming ideology, and that this will give the ideology more power in the future.

“I lived in a communist world where politicians told us what to do,” Klaus said. “I don’t think politicians or presidents should suggest to firms what to do. That has always been a mistake.”

Let those who have ears, hear.

Taken For Granted
Democrats get their 60 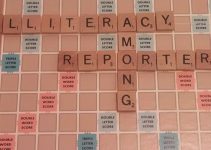