President Obama and the Democrats are receiving a lot of resistance from Republicans and American citizens as they try to shove their policies and laws down our throats. Why are they getting such push back? Matthew Yglesias says it’s because the country has “become ungovernable.”

The smarter elements in Washington DC are starting to pick up on the fact that it’s not tactical errors on the part of the president that make it hard to get things done, it’s the fact that the country has become ungovernable.

To Yglesias and other like-minded leftists, the issue couldn’t possibly be that the President’s and the Dems’ ideas are horrible, it can only be that the country simply can’t be governed.

I don’t think I’ve read anything more arrogant and ignorant.

But Yglesias isn’t done. He says that the entire system needs to change because it’s just too hard for the Democrats to work with:

Ed Morrissey writes what I thought when I read Yglesias’s whine:

Funny, but I don’t recall Yglesias demanding those changes while Democrats were in the minority in the Senate. Tom Daschle was no less obstructionist, and Democrats managed to kneecap George Bush on judicial appointments without writing cris des coeurs over ungovernable America. In fact, Democrats openly bragged about using the Senate’s ancient methods of corralling the majority, even on the novel issue of judicial appointments where such procedures had rarely been used. And yet George Bush and the Republicans still managed to govern, and that was just a couple of years ago.

The Democrats have super-majorities in both houses of Congress. If they can’t get their progressive agenda passed, it’s because the majority of the American people don’t want it, something Yglesias clearly has not even considered. Soon we’ll hear him and his leftist cronies say that the only way to make the country “governable” again is to ban all dissent. 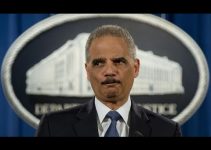