Most of what we “knew” about the disposition of Hitler’s remains was wrong.

For which we have the KGB to thank.

The remains of Hitler, his companion Eva Braun and the family of Nazi propaganda chief Joseph Goebbels were destroyed in April 1970 on the secret orders of then-KGB chief Yuri Andropov, the Russian news agency said today. Andropov went on to become Soviet leader from 1982 until his death in 1984.

The Soviets were concerned that graves of Third Reich leaders might one day attract Nazi sympathizers, Interfax said. The remains were burned and dumped into the Biederitz River, outside the eastern city of Magdeburg, according to the news service.

The Soviet army moved the bodies from near Rathenow, west of Berlin, and reburied them at a garrison in Magdeburg in 1946, Interfax said. When the facility was returned to the East German government in 1970, Andropov decided to destroy the remains. Fragments of Hitler’s skull and jawbone are still in Russia, according to Interfax.

The skull and jawbones went to Russia at the insistence of Joseph Stalin, who wanted proof that Hitler was indeed dead.

I too had seen documentaries on the subject over the last few years which revealed the skull, jawbone, and likely interim grave. What makes this newsworthy (if time late), is that the Russians have officially confirmed that they did indeed have, and later destroyed, the bodies and that it was indeed Yuri Andropov who ordered it done.

After the initial discoveries in the KGB Archives (which have since become much less accessible) the Russians were loath to comment on, let alone confirm, this piece of history.

Exit Question: Why did KGB man Putin decide to have this officially confirmed now? 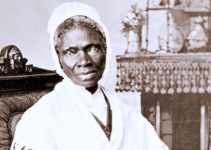