Well, it’s finally election day, and in New Jersey, the Democrats are doing what they’ve been doing for years — finding new and clever ways to steal the elections.

Back in 2002, it looked like they might lose a Senate seat there. So, in a move that smacked of genius crass political opportunism, they invoked a law that was intended to apply when a candidate died, was incapacitated, or indicted (I’m sorry, I forgot this was New Jersey; indicted, incapacated, or died) and applied it to “we really think our guy’s gonna lose.” So at the last minute — well, technically, long after the last minute — they pulled Robert Torricelli off the ballot barely a month before the election and swapped in Frank Lautenberg on the ballot.

Well, this time it appears they’re being a bit more subtle. Now the plan is to have a pool of fraudulent absentee ballots on hand that they can pull out for their governor should Corzine appear to be heading for the defeat he so richly deserves.

For this off-year election, the number of requests for absentee ballots is up by several orders of magnitude — and a good chunk of them have signatures that don’t match the ones on file for the allegedly requesting voters. Should the unthinkable happen and the Republican, Christie, appear to win, then the necessary number of bogus ballots can be uncorked and Corzine pushed over the top.

And should that fail, there’s always the ready abler and abetter of voter fraud, ACORN. They can be counted on to file all kinds of complaints and allegations about voter disenfranchisement.

Hell, their complaint writes itself: the GOP conspired to deprive traditionally-oppressed groups of their right to vote: the deceased, the nonexistent, the fictional, the out-of-state celebrities, the transvestite hookers, the imported campaign volunteers, and a host of others were denied their right to cast as many ballots as they wish for the Democratic candidates of their choice. Meanwhile, the state failed to block as many Republicans as they could from participating in the election — because, after all, “democratic” elections are for Democratic participation only.

In the end, it would take a miracle of Biblical proportions to get a Republican elected in New Jersey, one of the most corrupt states in the union. (Calm down, Illinois and Louisiana; I said “one of.” Besides, you have unfair advantages, with New Orleans and Chicago blowing your curve. New Jersey has to spread it out over the entire state.)

But then again, stranger things have happened… 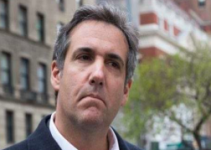