Over at Hot Air, Ed Morrissey has a post about today’s elections. Public Policy Polling is reporting that it will be the independent vote that carries the Republicans (and Hoffman) to victory today. From all the data, two stats are most telling:

Christie leads [Corzine] 52-29 with independents.If you are itching for more data about the elections of interest today, follow the link for details.

What I found most compelling about Morrissey’s post, however, was his analysis of how lessons learned today could be used to create a plan of action for the Republican party in 2010.

This points the way to success in 2010 for the GOP. Republicans can win big not by becoming Democratic Lite or by conducting ideological purges across a wide spectrum of issues. Instead, the GOP needs to focus on core principles to build a governing coalition with a broad reach — on limited federal government and fiscal responsibility. Those represent the best principles of conservative governance, and after watching Democrats run amuck with taxpayer money this year, will have enormous appeal to independents.

There really is only one caveat: Republican candidates running on this platform have to mean what they say. No more K Street projects, no more porkfests, no more Big Government Conservatism that grows the federal government and impoverishes the taxpayers. If given a chance to govern, Republicans have to follow through on these core principles. If they do not, they will break the back of the party — and perhaps make all the handwringing over third-party mirages a self-fulfilling prophecy.This analysis is spot on in my opinion and I scarcely have anything to add.

It may seem redundant to say so but many independent voters are indeed…independent. Extreme party platforms do not represent a convincing argument to such voters. But basic values such as fiscal conservatism are not extreme and will find the most resonance among independents.

Acronym Of The Day
The Price Of Apostasy 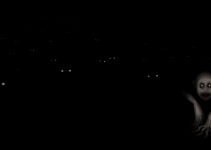