What are they teaching at Harvard Law?

An Ivy League law grad told his mom he must have been out of his mind to spark a blaze at a sacred 9/11 chapel – and now he’s out of a job, too.

Schroeder, a Harvard Law School grad, worked in the firm’s New York office for part of the summer, Conlon confirmed.

He was supposed to return but lost the opportunity after cops say he set fire to a Manhattan chapel containing the remains of 9/11 victims in a drunken prank early Friday.

Sidley Austin — the nation’s seventh largest law firm, according to The National Law Journal — had five floors and some 600 employees in the north tower of the World Trade Center. One employee, switchboard operator Rosemary Smith, died in the attacks.

Schroeder’s mom told the News on Monday her 26-year-old son doesn’t remember how or why he committed the atrocious act.

Here’s a hint. He’s a radical leftist moonbat who hates America. He’s been wishing to do something like this for a long time, but only got the courage to do so after he had a few drinks in him. I’d bet his classmates and Professors secretly applaud him. Or maybe not so secretly.

“I know him as someone who has traveled extensively and taken time to see parts of the world that many of the rest of us ignore,” said Patrick Kelly, a board member of HLS Lambda, an LGBT law-student group where Schroeder was co-president.

Alice Schroeder also defended her son as an ace student who wants to fight for human rights.

He is a native Texan who had deferred his start date at Sidley Austin for a year and was making plans to do human rights and international law work in Switzerland, she said.

This guy would fit right in with the America-hating human rights crowd. Too bad he’s too naive to realize that many of the “other parts of the world” that he loves so much would execute him for being the co-president of a LGBT group.

Final thought: Has he been to Wasilla, Alaska recently? Someone should check that out. 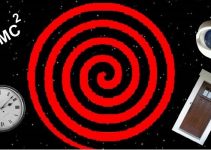