Eric Odom reported this first on Twitter but didn’t have a link. That comes to us from Stacy McCain:

Just confirmed that Republican candidate Dede Scozzafava has quit the race. Speaking to supporters, Scozzafava broke down in tears.

My husband’s first comments upon hearing this news were that he is not that convinced her dropping out will actually help the conservative. If she’s so liberal that Kos felt comfortable endorsing her (which he pulled later because it helped Hoffman’s chances), he wonders if it will actually drive more voters to the Democrat.

Update: She’s not endorsing anyone as she leaves the stage. Instead she tells her supporters to support who they want. From the Watertown Daily Times:

“Today, I again seek to act for the good of our community,” Ms. Scozzafava wrote in a letter to friends and supporters. “It is increasingly clear that pressure is mounting on many of my supporters to shift their support. Consequently, I hereby release those individuals who have endorsed and supported my campaign to transfer their support as they see fit to do so. I am and have always been a proud Republican. It is my hope that with my actions today, my party will emerge stronger and our district and our nation can take an important step towards restoring the enduring strength and economic prosperity that has defined us for generations.”

Update II: I should note that Scozzafava dropped out after a new Sienna College poll showed her losing badly to both Hoffman and Owens:

Today’s hotly anticipated Siena poll confirms the race for the seat vacated by former Rep. John McHugh in NY-23 has become a too-close-to-call fight between Democratic nominee Bill Owens and Conservative candidate Doug Hoffman, who are tied at 36-35.

The Republicans’ pick, Assemblywoman Dede Scozzafava, who started out as the frontrunner, is now at 20 percent. Nine percent of voters remain undecided.

Take a look at this graph. It illustrates clearly how Scozzafava dropped like a rock once Hoffman and his conservative views became more well known. This can be attributed to folks like Sarah Palin and Fred Thompson. Update IV: Ed Morrissey has had the chance to examine the Siena poll and has an answer to my husband’s question above. According to Ed’s analysis, Owens will be badly hurt, not helped, by Scozzafava’s dropping out.

Update V: I got an email from someone who’s helping out Hoffman’s campaign and he noted that a lot of people who were still following Scozzfava were following her because of her liberal policies, not in spite of them. She was helping to split the Left, and now she’s gone. Unfortunately, this race isn’t over yet.

The best thing to do to help out Hoffman is to volunteer. If you live in the district, please get yourself to the nearest campaign office and help out.

Nate Silver looked into the deep dark recesses of this morning’s Siena poll and noted that Scozzafava’s supporters like Obama an awful lot and don’t think much of Hoffman or Owens, so the belief that it’s smooth sailing for Hoffman is incorrect. It’s important to keep up the hard work to help Hoffman cross the finish line as the winner.

Others who are blogging on this today: 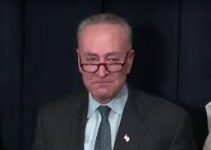