How about a hat tip to Ford Motors? They’ve taken some government loans, but avoided the abyss of bankruptcy. There’s some speculation they may post a profit for the third quarter and now Ford has been named tops in reliability by Consumer Reports:

Consumer Reports has a reputation for favoring foreign cars and trucks, and for that reason it may have been something of a relief when its 2009 Annual Car Reliability Survey had such good things to say about at least one American carmaker–Ford.

The latest survey found 90 percent (46 of 51) of Ford, Mercury and Lincoln cars and trucks enjoying average or above-average reliability. The Ford Fusion and Mercury Milan were in second place among family sedans, with only the super-reliable Toyota Prius topping them. They left the Honda Accord and Toyota Camry in the dust, and the sophisticated Lincoln MKZ edged out the Acura TL and Lexus ES.Good on ’em. Ford has remade itself into a manufacturer of quality autos. They’ll always sell a ton of trucks and Mustangs, now they’re grabbing away market share in the family and economy car markets. That “Quality is Job One” shtick must have finally imbued itself in Ford’s company culture.

What are the early returns on Government Motors?

Of GM’s 48 models, 20 had average reliability scores, and the Chevrolet Malibu was better than average and “on par with the most reliable family sedans.” The Buick Lucerne also did well. Chrysler had the worst performance, with more than a third “much worse than average,” including the new car-based Dodge Journey SUV.

An optimist would say the government took them over because they’ve been making crummy cars; the pessimist might say they make crummy cars because they’re government entities. They do have one distinct advantage over Ford, though, government overlords who can regulate the market to ensure their desired mix of cars are purchased.

Force companies to build cars no one wants, then give consumers no choice but to buy cars they otherwise wouldn’t. Kind of like the health care reform being bandied about by the Democrats.

Henry Ford got rich not because of government mandates, but because he made the automobile affordable. He didn’t invent the car, he just made them accessible to the masses. Ford Motor Company is carrying on the tradition of selling quality, affordable autos and being rewarded in the marketplace. As much as I’d hate to see the billions of bailout dollars funneled to the UAW GM and Chrysler end up like sand down a rat hole, I’m whole-heartedly behind Ford in their struggle against central planning. If you’re shopping for a new car, be sure to visit your local Ford dealer. 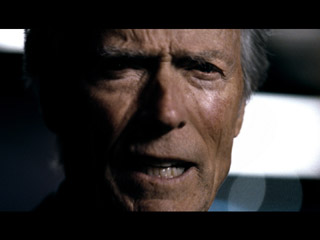