As President Obama’s approval ratings continue their downward spiral in the wake of a re-awakened American center-right, perhaps he’d do well to cast his condescending eye toward re-elected Conservative Angela Merkel as she embarks on her second term as German Chancellor.

After all, According to the AP, Germany’s got some issues on the table too (emphasis mine):

Merkel, 55, will serve as chancellor of a center-right government coalition of her Christian Democratic Party, its Bavaria-only sister party the Christian Social Union, and the pro-business Free Democrats.

The new coalition has promised an overhaul of the health care system, more help for families and annual tax cuts of up to euro24 billion ($36 billion).

The AP (of course) doesn’t say, but who among you is willing to go out on a limb with me and propose that any “overhaul” of the German health care system or “help” for families which is orchestrated by a center-right, pro-business, tax-cutting Conservative will be nothing like what Obama’s got cooking in his liberal pot of horrors?

Conservatives would perhaps do well themselves to cast their own eyes at Germany in the coming months for an optimistic alternative to Obama’s socialist death march. 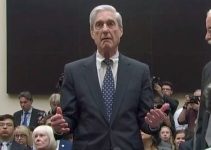