This week’s Weekend Caption Contest™ was another monster hit. You’ve got to hand it to Michelle Obama, in 99% of photos she does a marvelous job of hiding her rather large derriere. Unfortunately for her, this photo is from among the other 1%. And don’t get me started about the belt… The assignment this week was to caption the following picture: 1) (Stephan) – “And just like her husband before her, Michelle found that her halo had begun to slip.“

2) (fustian) – “Fox news was not allowed to cover this breaking story.“

4) (Baron Von Ottomatic) – “For her next trick, Michelle will eat an apple through a picket fence.“

(Rodney Dill) – “Lessee, A lot of frantic action… good spin control… results in only going in circles… Yep. We’re at the Whitehouse.”

I'm From The Government, And I'm Here To Help You!
About That "New Obama Era" of Foreign Relations 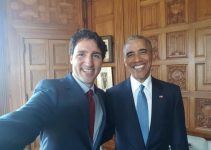 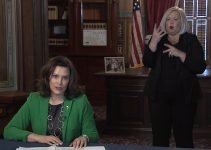