Seven months after passage of the “stimulus” plan, 49 out of 50 states have lost jobs.

According to the data, 49 States and the District of Columbia have lost jobs since stimulus was enacted. Only North Dakota has seen net job creation following the February 2009 stimulus. While President Obama claimed the result of his stimulus bill would be the creation of 3.5 million jobs, the Nation has already lost a total of 2.7 million – a difference of 6.2 million jobs.

Follow the link to see how your state has fared as a result of Obama’s stimulus.

No wonder President Obama’s poll numbers have dropped so significantly. Gallup attributes the drop to Obama’s push for health care reform, but the employment situation has to be part of it. As I wrote last week, the public is likely having a problem seeing the President put a higher priority on health care than on jobs. Mark Tapscott writes:

President Obama’s push for health care reform during the third quarter of 2009 has seriously damaged his public standing, according to new data from the Gallup Daily tracking poll. His job approval rating dropped nine points from the second to the third quarter, from 62 percent to 53 percent. 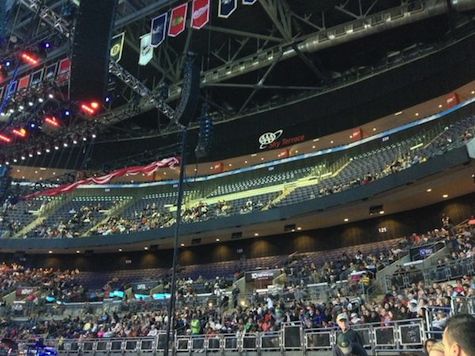