At 8 p.m. on Sunday, October 18, more than 1,400 groups will be hosting the movie Not Evil Just Wrong, a documentary about the real cost of global warming hysteria.

A list of public premiers can be found at http://www.noteviljustwrong.com/your-premiere/public-premieres. It is billed to be “part of a World Record for the largest ever simultaneous film premier.” Packets containing the DVD, tee-shirts, invitational post cards, a movie poster, and even a strip of red carpet for the front porch have been sent to hosts to help make this a gala and interesting way to educate those who haven’t given much thought to the global warming controversy and Cap and Trade legislation proposed to solve this non-problem.

After having had the opportunity to review the film prior to its October 18 release, I would like to touch on several areas without ruining the “plot” for viewers:

• It is aimed at the people who are the producers of America’s wealth and their families. Few today have any conception of what is facing them if energy comes under government control. This is a wake up call for us.

• While feigning support of the disadvantaged, the environmental movement is shown clearly by a specific policy example to have an agenda that is frankly against the advancement of the human race — as bizarre as that may seem. You will find it difficult not to agree.

• Finally, the underpinnings of the case for global hysteria are shown to be either non-existent or criminally fraudulent. You may have wondered about “the hockey stick,” which supposedly shows the Earth heating up in recent years. Wonder no more.

There is only one thing that bothers me about the movie: its title. After seeing Al Gore caught in lie after lie, one wonders if the “not evil” part is correct.

AJStrata details how we can participate online in the viewing:

But as important, the premiere will be across the internet and in local premieres. Here is the post from WUWT explaining the event:

Fewer than 50 hours from the 8 pm EDT Sunday launch of Not Evil Just Wrong — set to be the world’s largest simultaneous film premiere party in history — the documentary’s co-creators today announced options for people across the globe to watch it FREE over the internet. Live links follow.

In addition to the thousands of individual DVD/theatrical premiere parties being hosted across the nation (map available here), the documentary will also be streamed live over the Internet — accessed for free by anyone who visits the site. Not Evil Just Wrong will also be available on several Internet domains to ensure bandwidth sufficient to handle the expected massive interest in the documentary.

– YouTube (just send us a message with your attached video):

Hoping it’s of quality and that as such, it gets passed on and on. 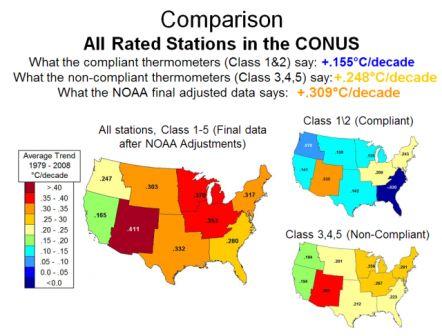