As someone who is a scientist by training and also happens to be fascinated by media bias, stories on global warming both attract me and sadden me. Modeling a system that is as complicated as the earth’s climate is a enormously challenging problem. It is so large that just to try to explain the scope of the problem is itself no easy task. So when the mainstream media tries to explain global warming–excuse me, climate change–using the same techniques they use to bring you the minute-by-minute updates of the Balloon Boy I just have to laugh.

Recently a paper published via Geophysical Research Letters discussed the amount of ice melt in Antarctic this summer. It was found that the ice melt was the lowest ever recorded in satellite history, as shown in the following figure. Gateway Pundit also notes that this news comes on the heels of an admission late this summer by Greenpeace that their dire warning of a ice free north pole by 2030 was a mistake.

Although he admitted Greenpeace had released inaccurate but alarming information, Leipold defended the organization’s practice of “emotionalizing issues” in order to bring the public around to its way of thinking and alter public opinion.

Given these data points what story did CNN run with yesterday?

Not that the arctic will be free of ice by 2030 as Greenpeace propaganda claimed but that it would happen by 2019.

The scientific method calls for being dispassionate and judging the results of experiments on the data collected and not by the hypothesis trying to be proved. One cannot cherry pick only the results that support your world view. I guess you have to give CNN a A for effort for sticking to the talking points but that is faint praise indeed. 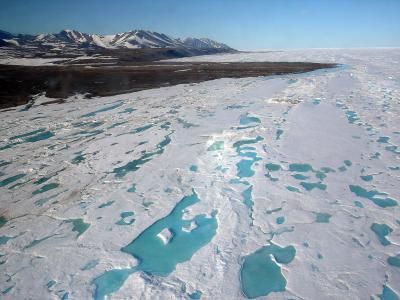